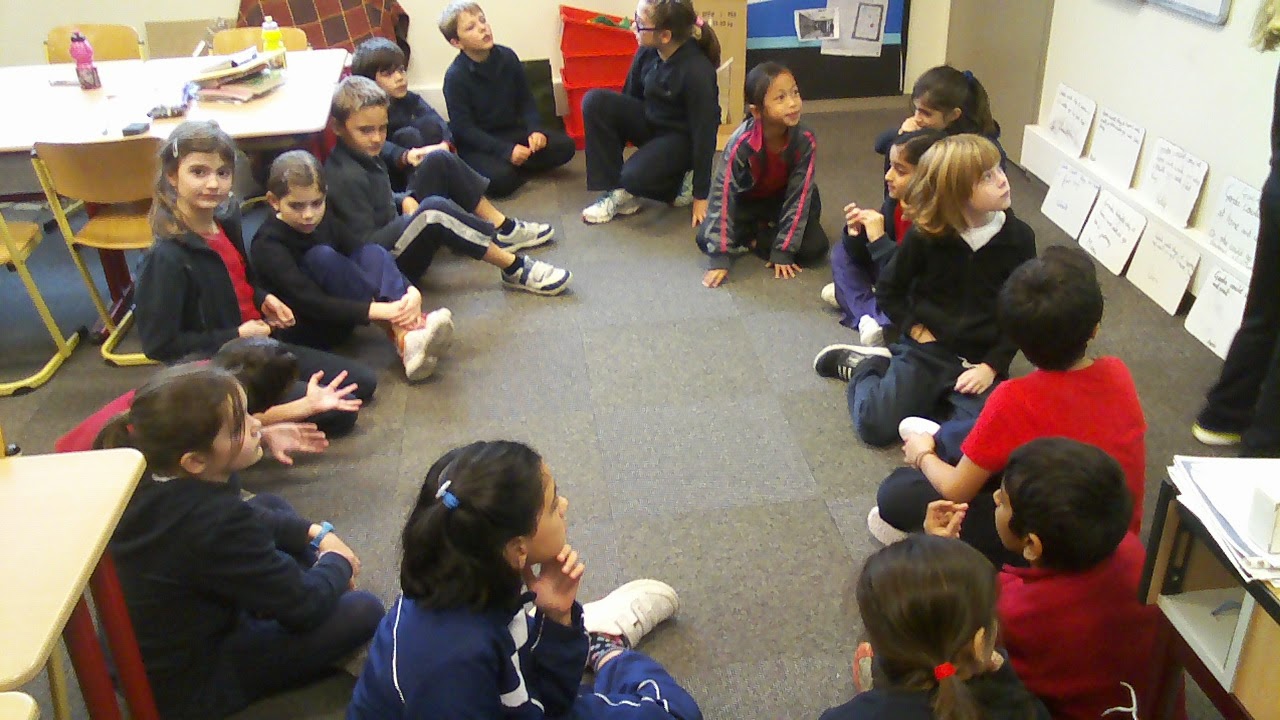 We've been trying out "Counting Circles" in Year 4, and it's starting to get into its stride. Obviously there are lots of ways to count, but we've begun to do it in a very particular way (here described by John Golden, based on Sadie Estrella's lessons). This, for us, involves sitting in a circle, and counting from a chosen number in a certain-sized jump. On the first day we started from zero and jumped up in twos, with the teacher writing down the steps on the whiteboard.
Easy enough. Then at a certain point (52 on the first day) we stop and the teacher says:


"What number would Marie (for example) be who's three people after 52? Think about it and put your hand up when you've come up with an answer."

Then the good bit comes: the explanation. "Who could share the way they worked out that it was 58?"
Usually there are a number of explanations, and a number of ways of getting to the answer. Children explain their thinking, and we note it down on the whiteboard.
We've been doing this for perhaps five or ten minutes at the start of some of our lessons, then we leave it and go onto something else.

This last week we've been looking at time on the analogue clock, so it made sense to do a bit of clock counting, following the way the minutes go ("counting in mod 60"): 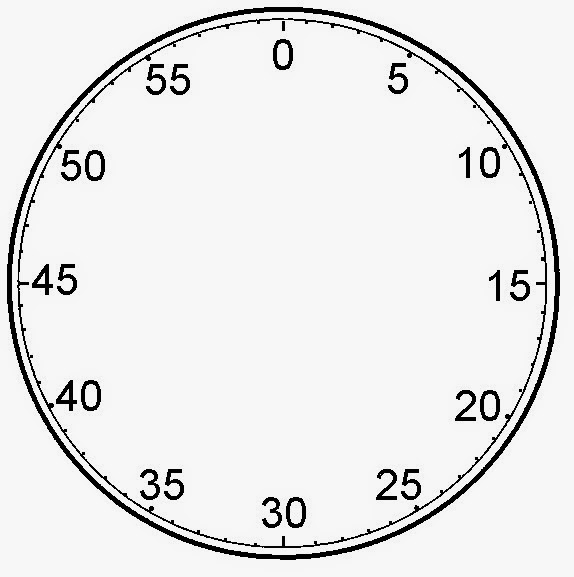 The next day was clock counting with jumps of eight (it took two times round the clock to get back to zero).

The day after, jumps of eleven:

There were lots of great ways of getting the person three jumps on's number. James was looking at the vertical pattern all the way across. Alya spotted a diagonal pattern. Rod added three to each digit, rembering that the 6 for sixty became zero. And Samyak added 33 and knew that 68 is actually just 8 in clock counting.


It's early days yet. It's been a good moment for us to share our reasoning and see that we often know more than one good method. We'll keep going with it. We'll try new jumps, and also work on not correcting each other's mistakes, and at listening to each other's explanations really carefully.

PS. See the Year 4 blog to see how we later continued with the clock counting patterns on paper to create Clock Flowers. 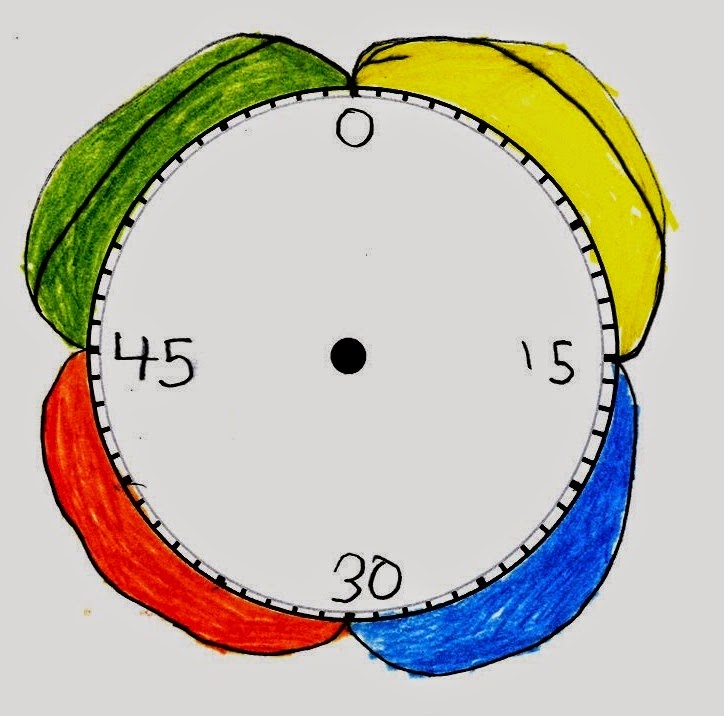