Co-ordinates games and quizzes in Year 4

In Year 4 we've discovered some islands. (Naturally they all have buried treasure on them somewhere.) We've made careful maps of them. All the maps have coordinates, and we've used those to make a guessing game about where the treasure is buried. We started our work using a letter-number coordinate, and referring to the spaces, the squares, rather than the lines. Then we moved on to a number-number system, this time referring to the lines and where they cross.

For the treasure hunt game, first of all we secretly decide on and write down the coordinates of the treasure. Our partner then has to guess the coordinates. We say "hot" if the guess is in the squares around the buried treasure - and we mark that with a red cube. We say "warm" if it's int he squares around those, marking this with a yellow cube. And "cold" if it's anywhere else. 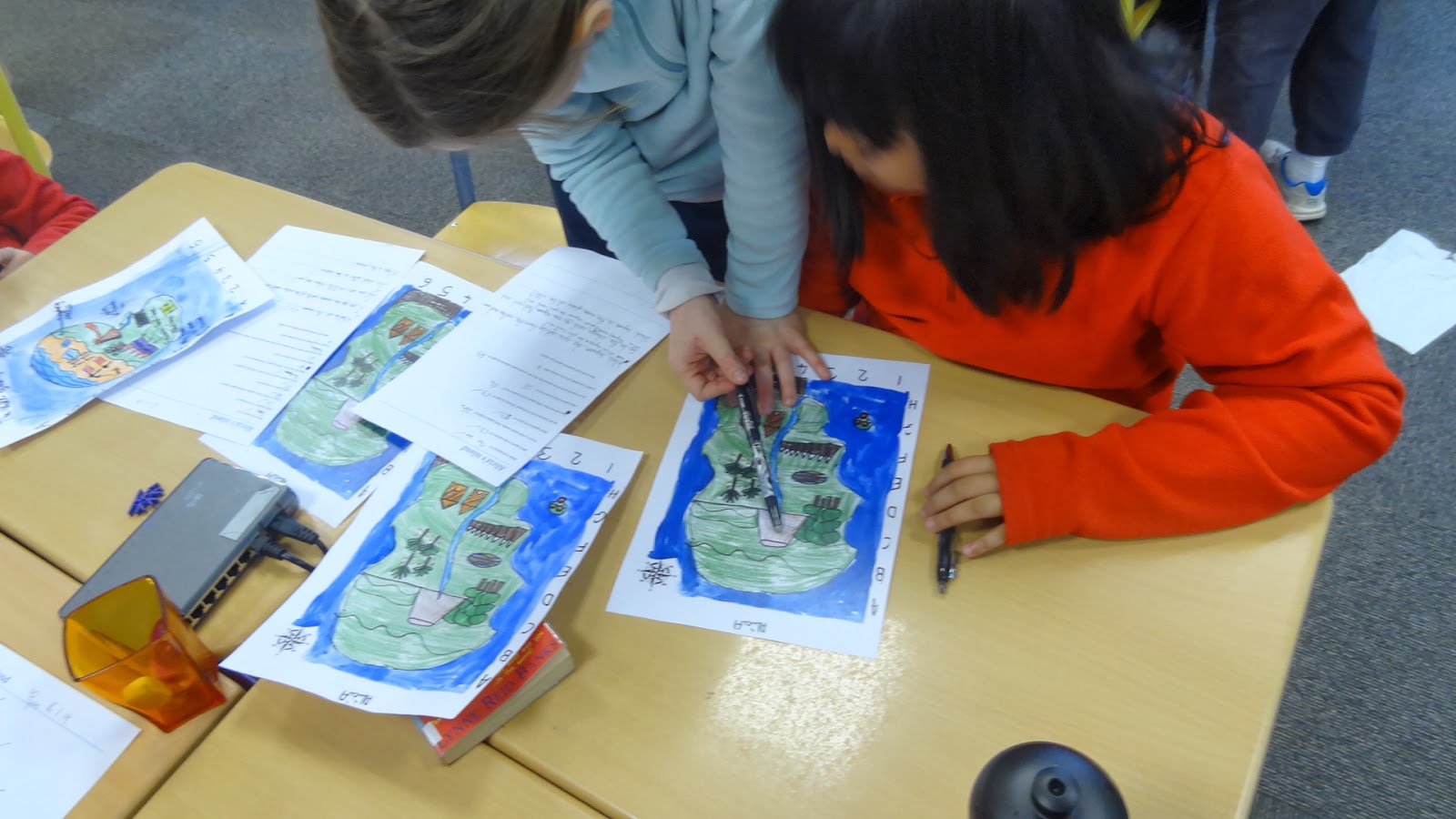 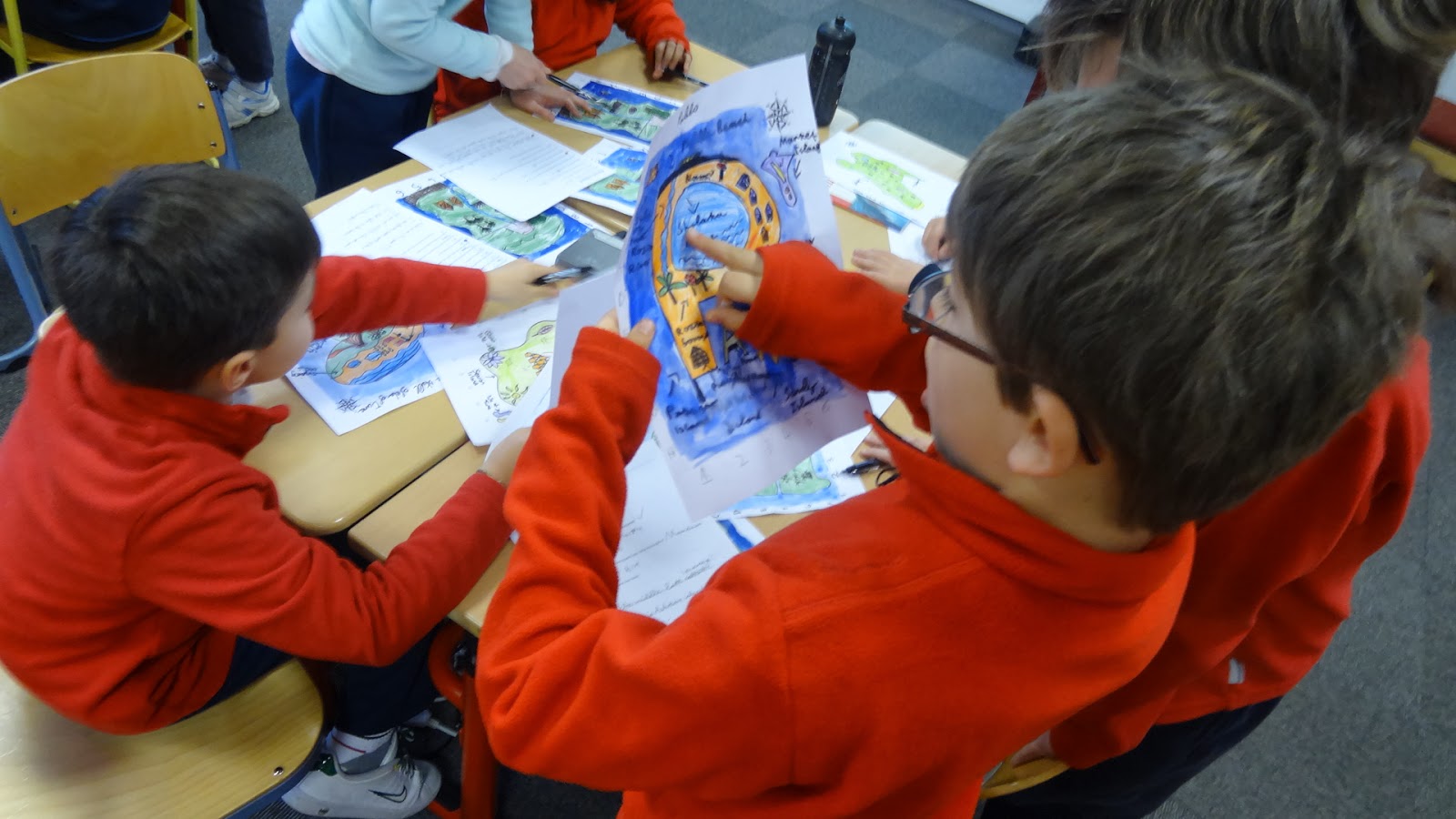 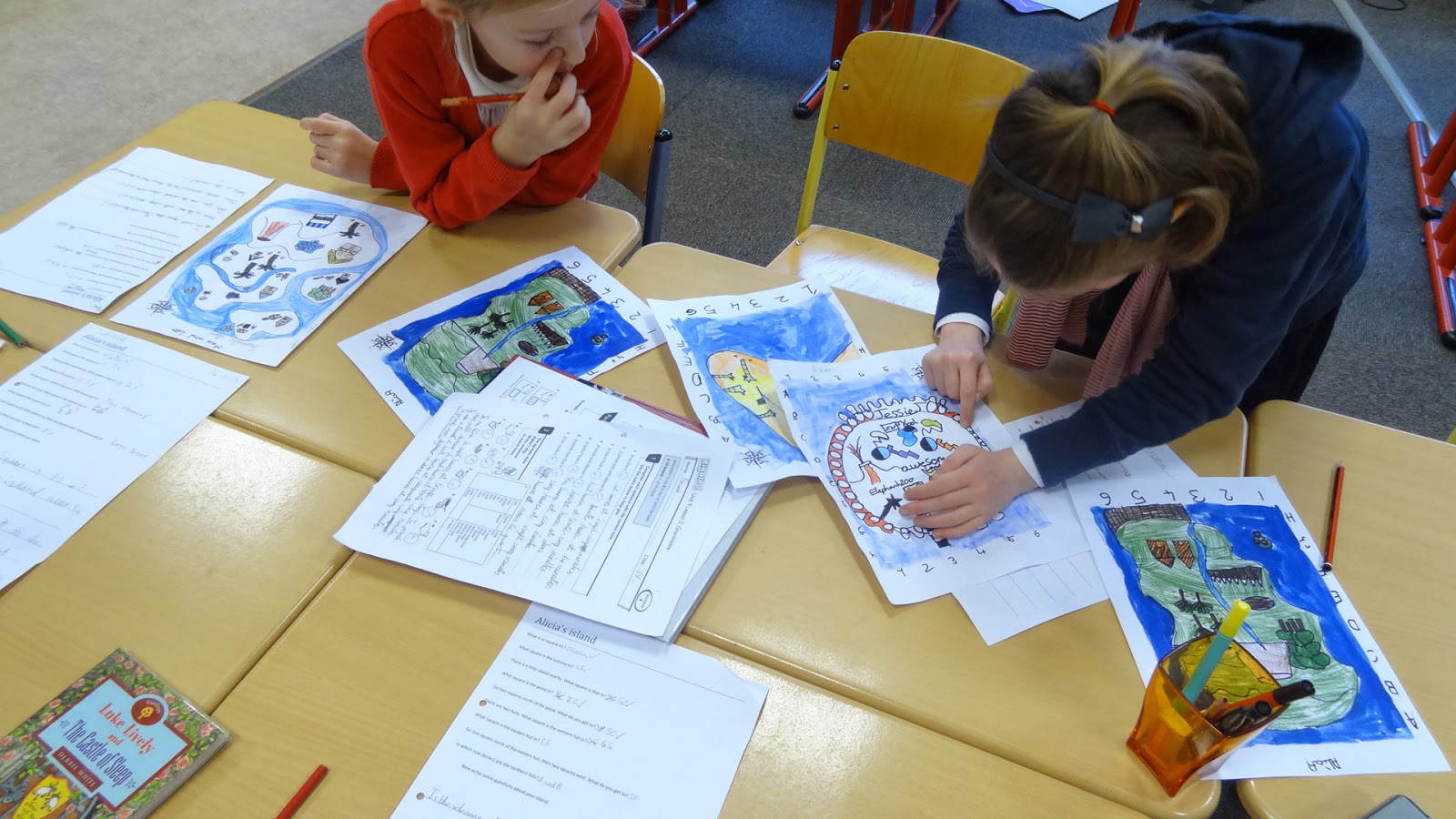 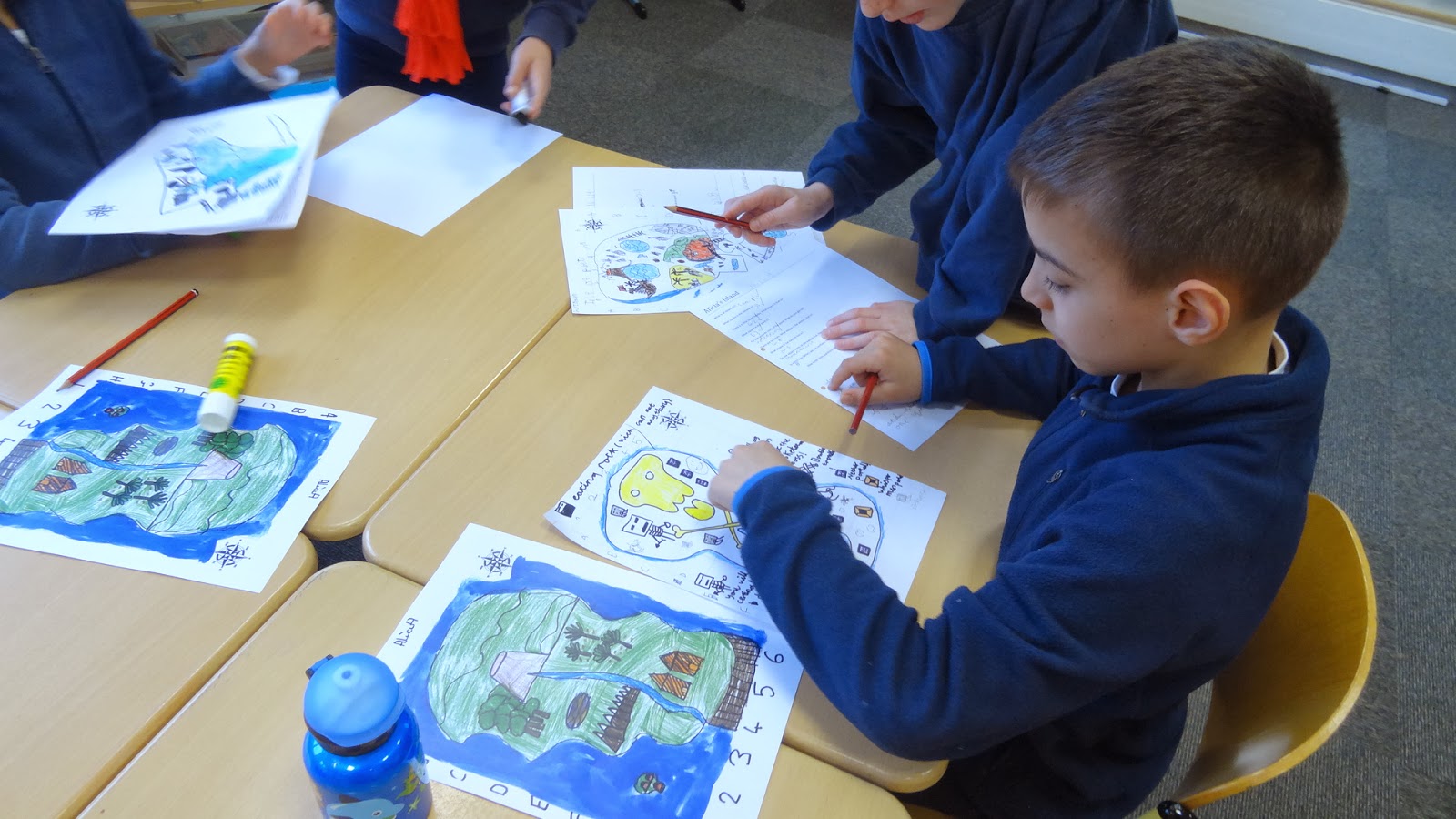 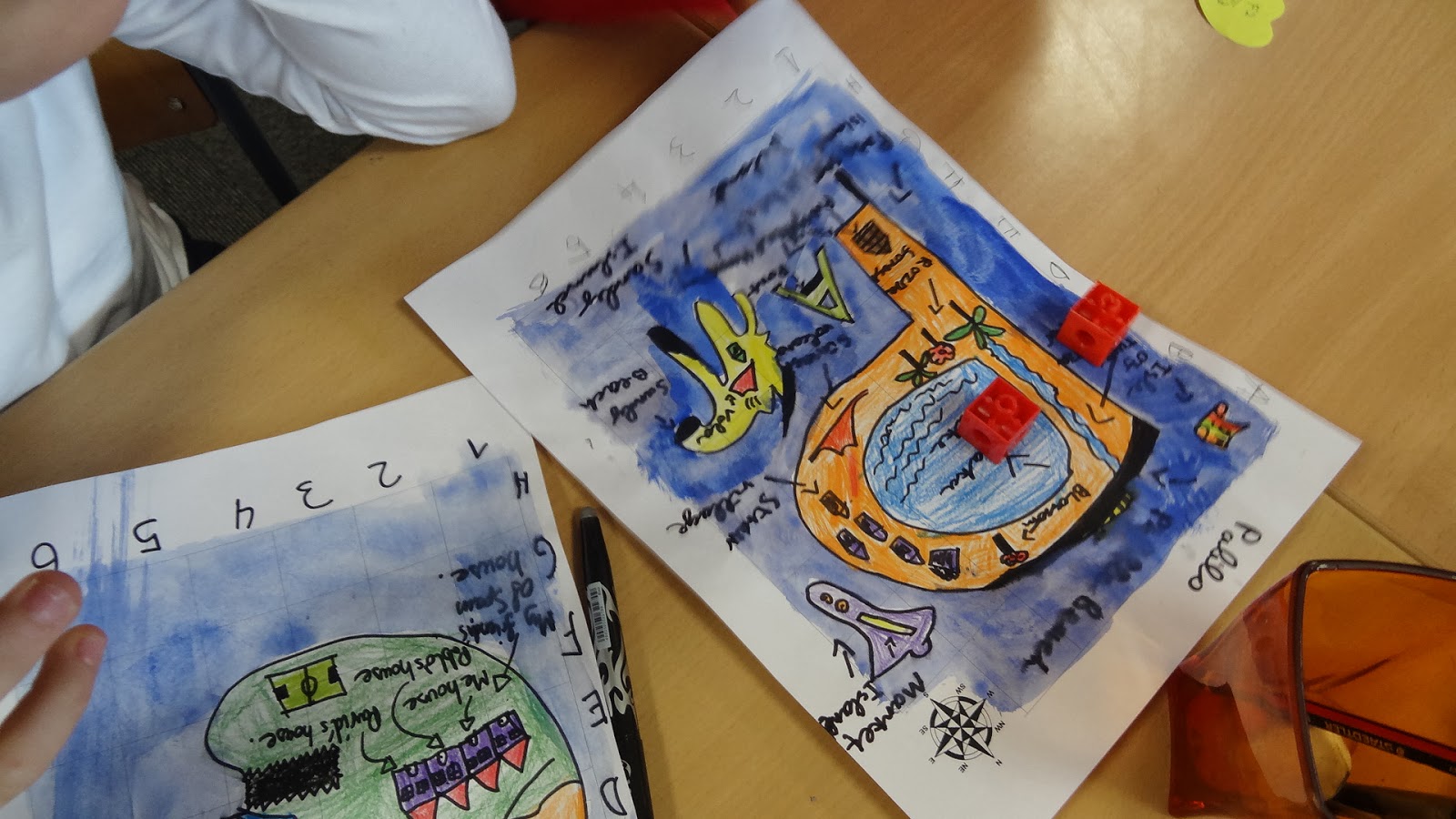 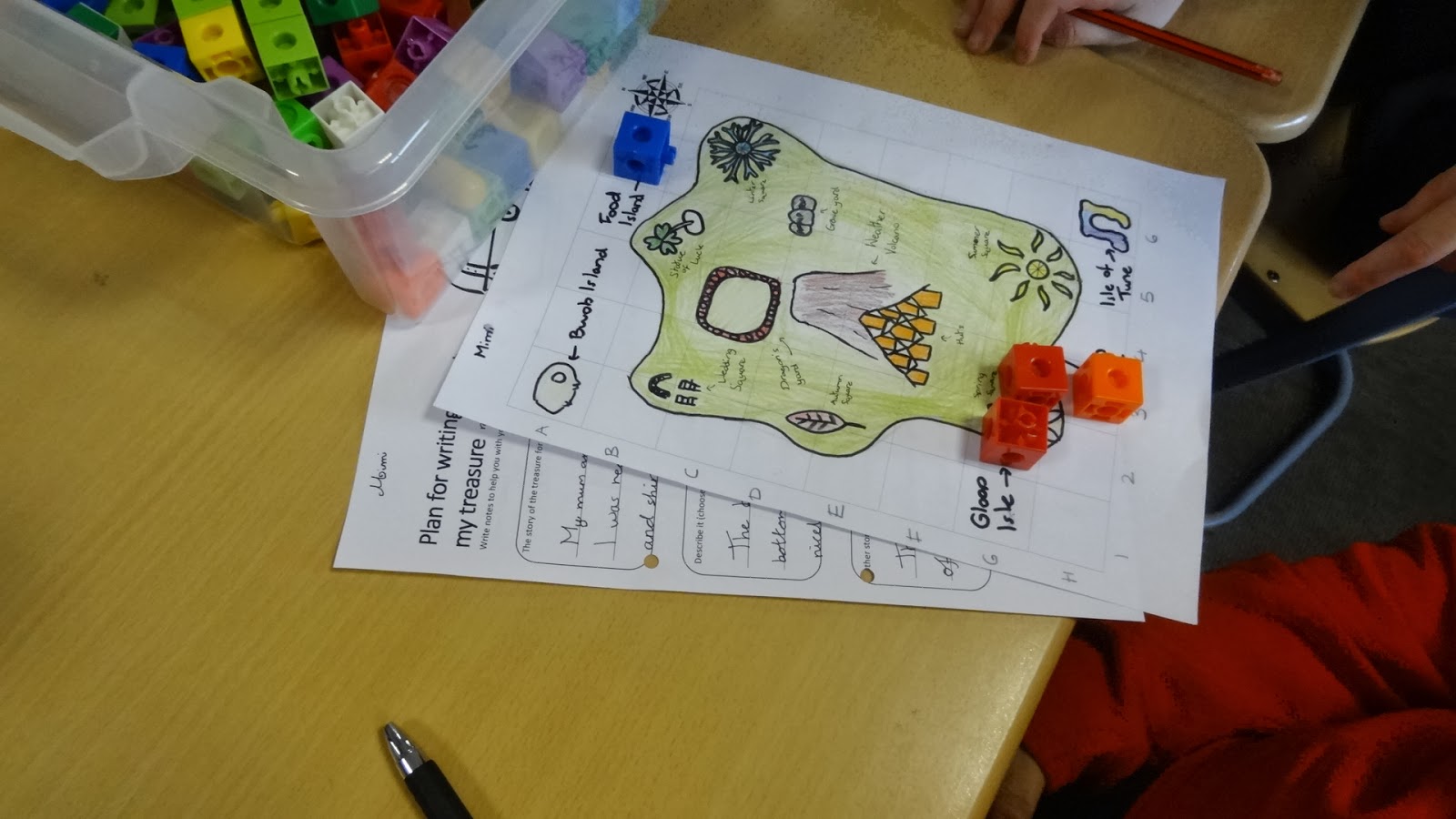 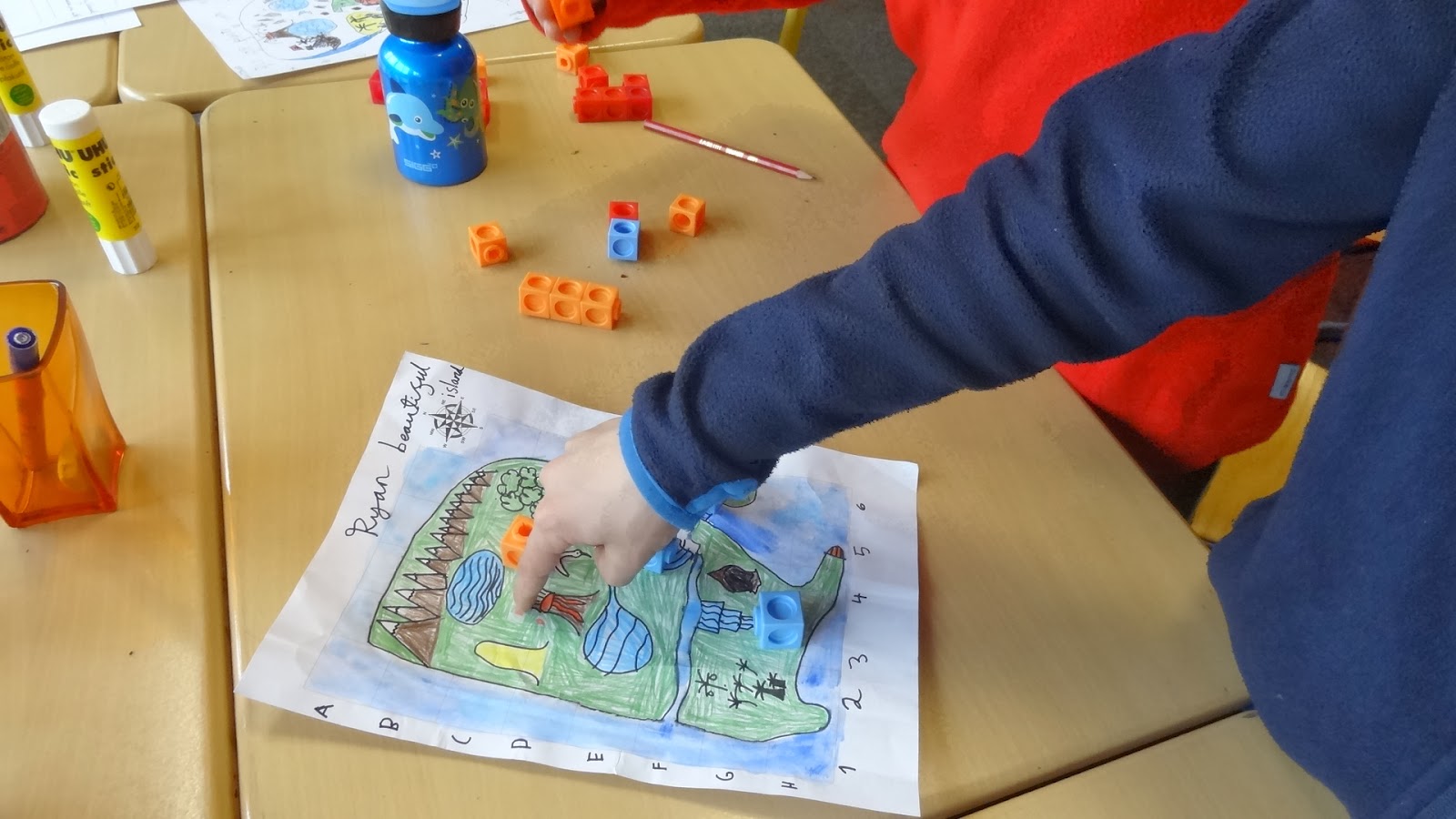 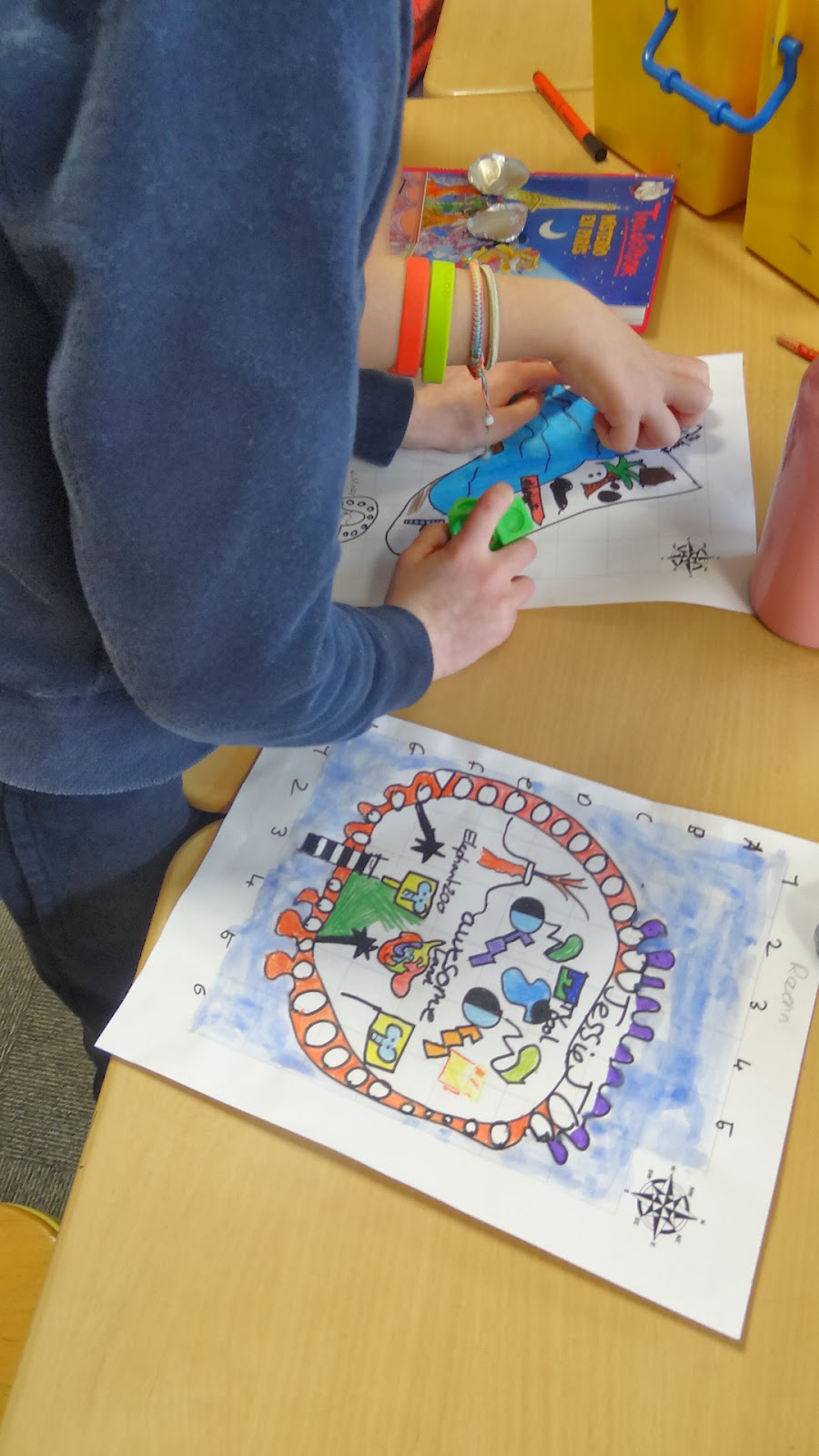 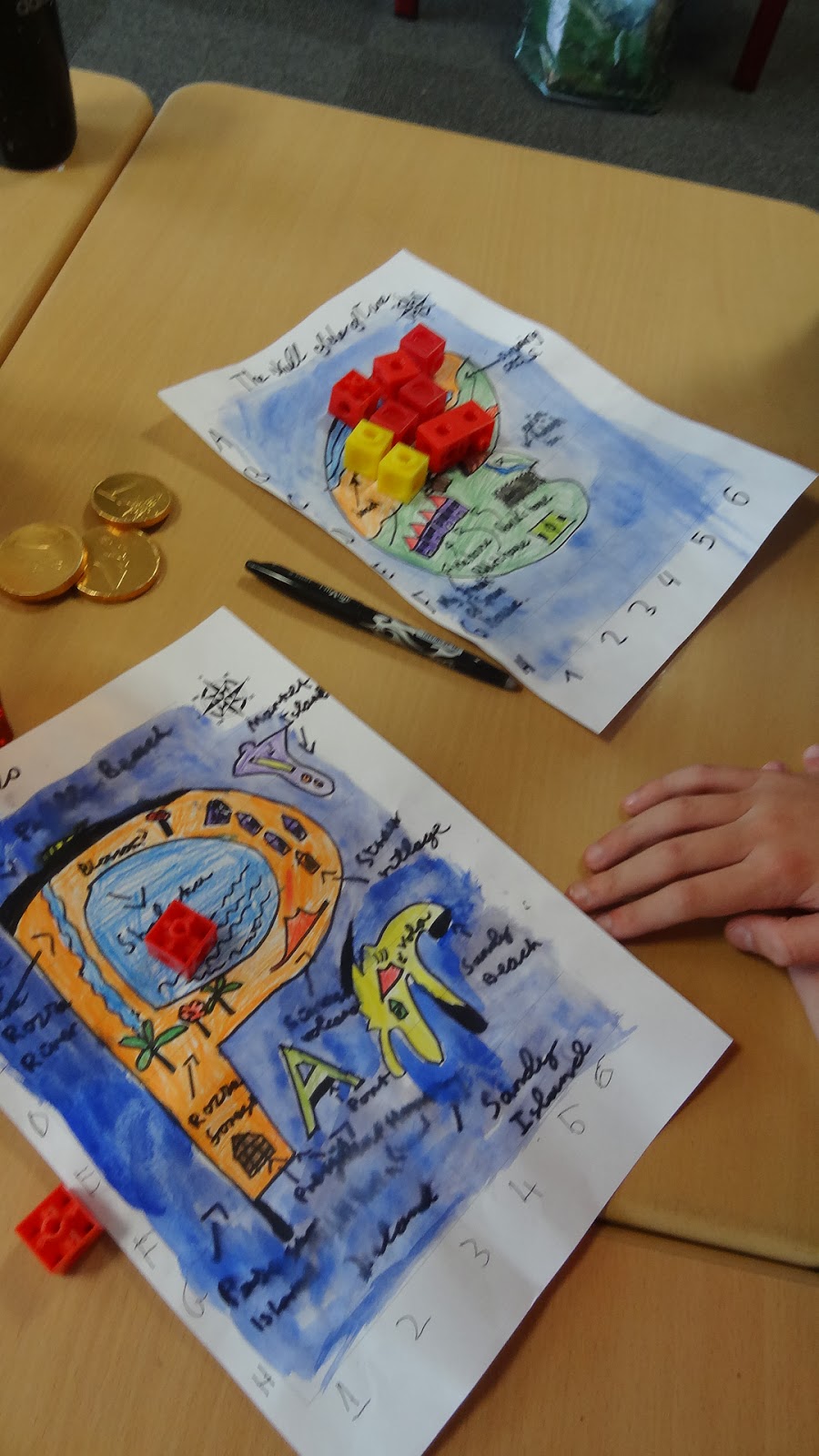 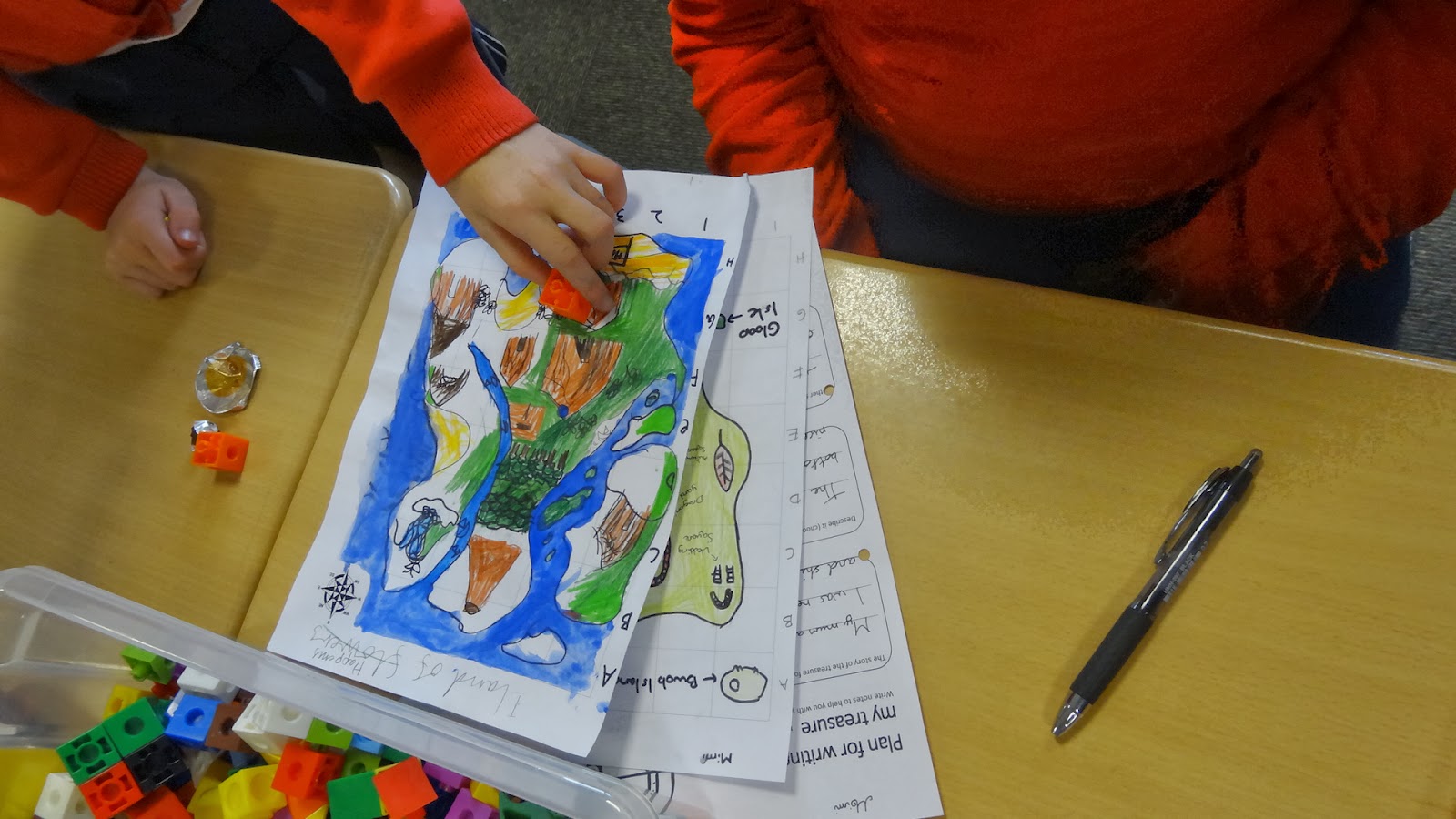 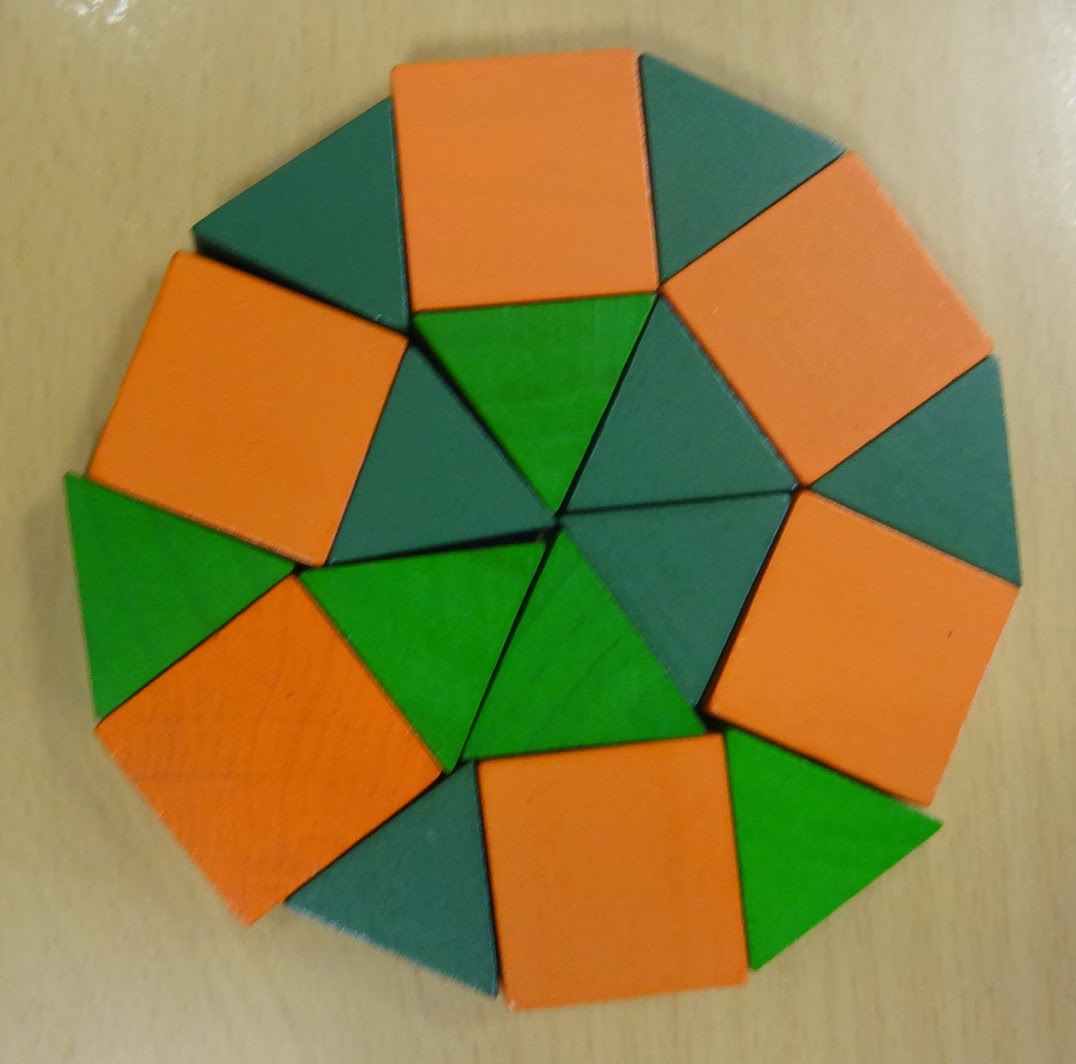 Year 4 used pattern blocks each make  a different regular dodecagons (= 12-sided shape). At first they were tricky to make, but some people like Ryan, Alicia and Gustavo really got into the swing of things and made more than one! 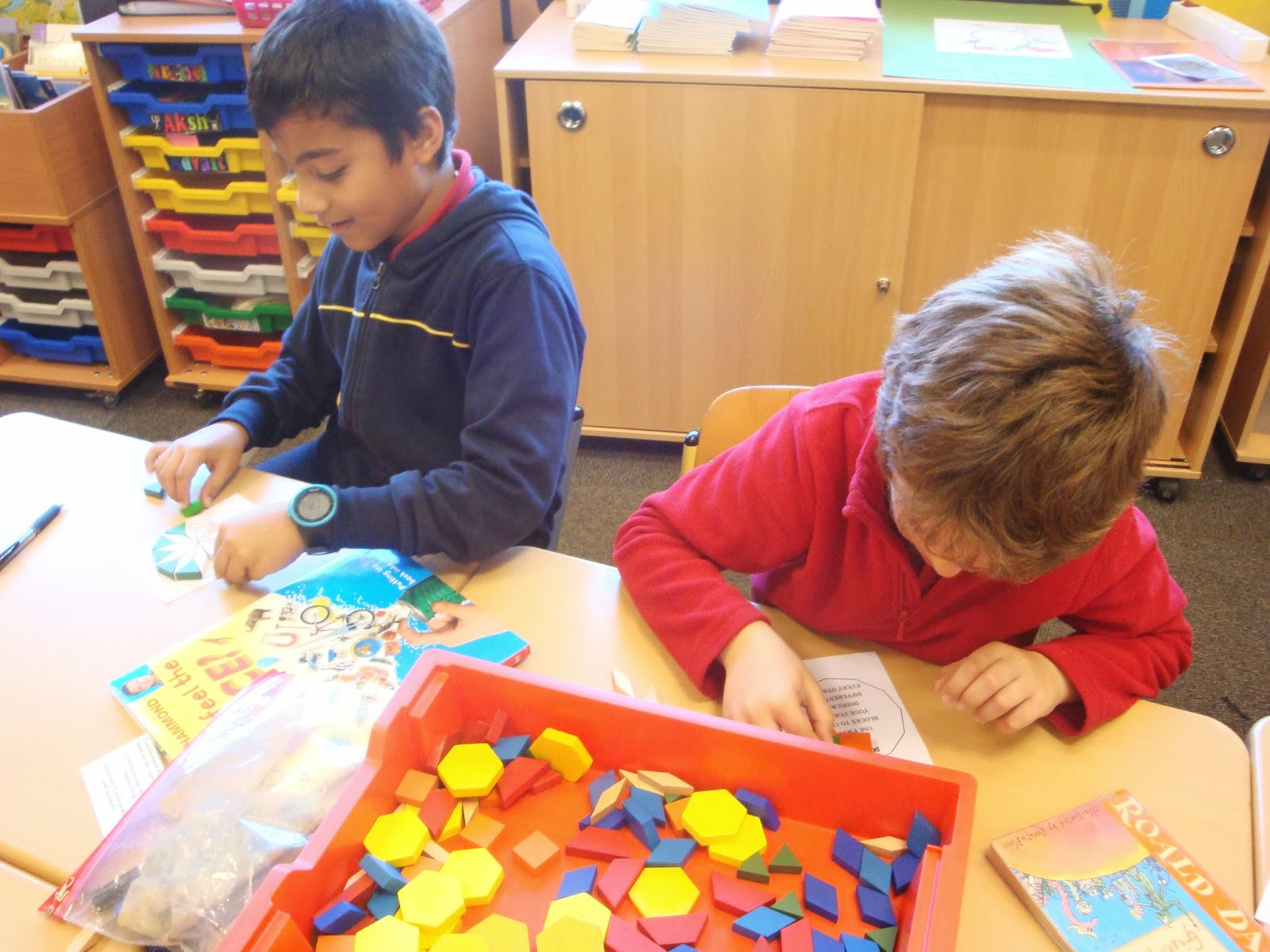 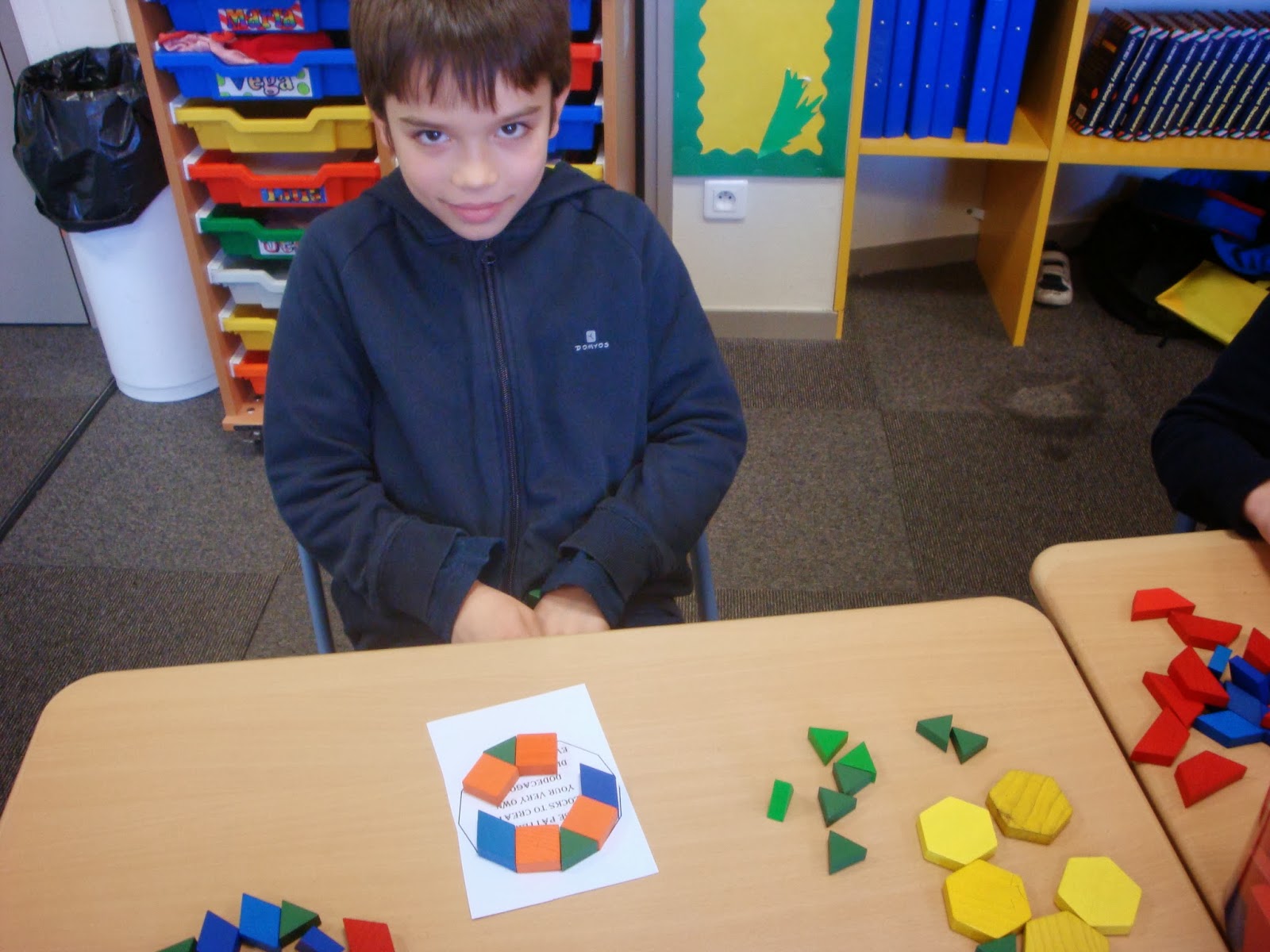 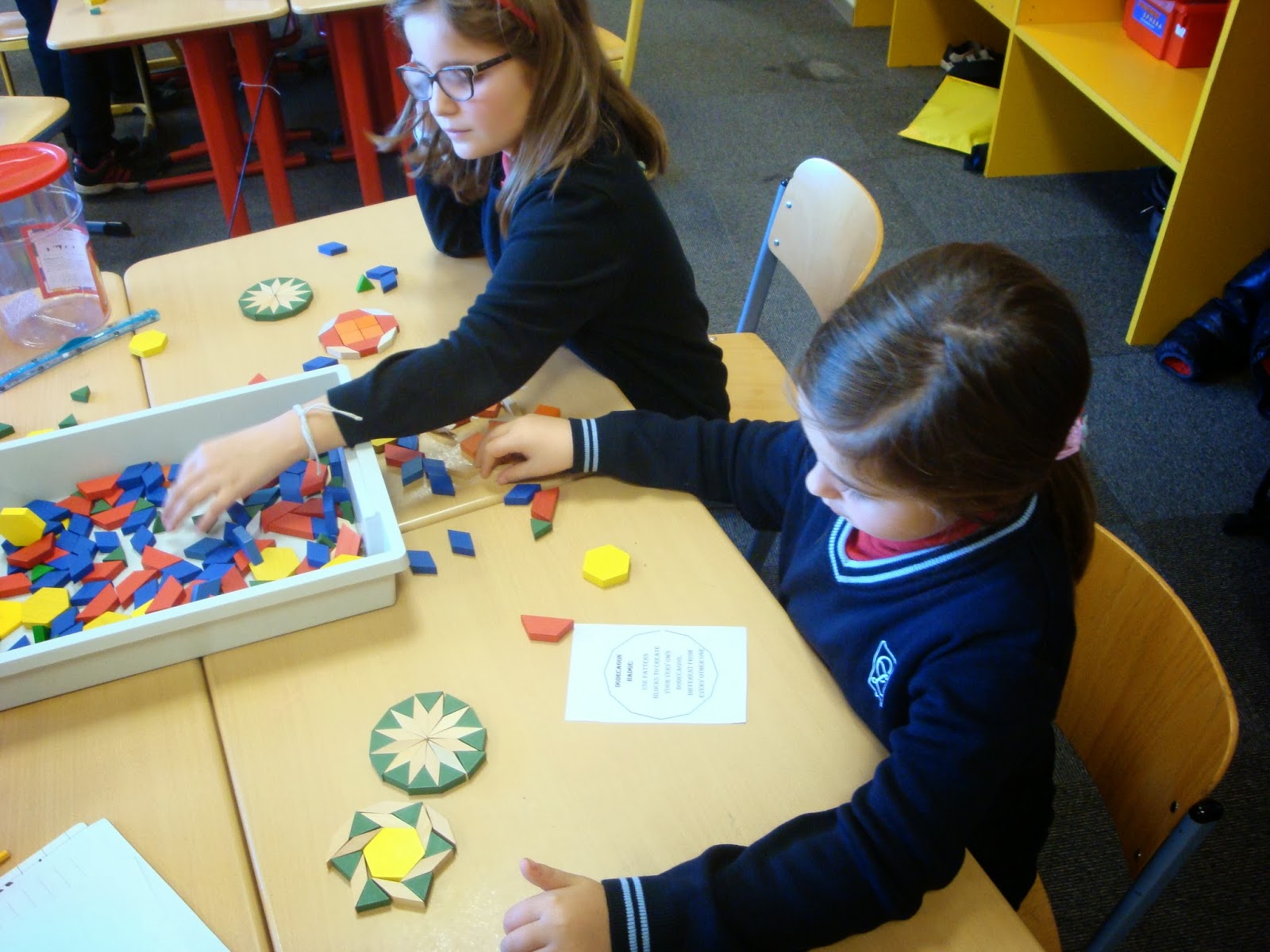 In Year 4 we looked carefully at the six pattern block shapes. 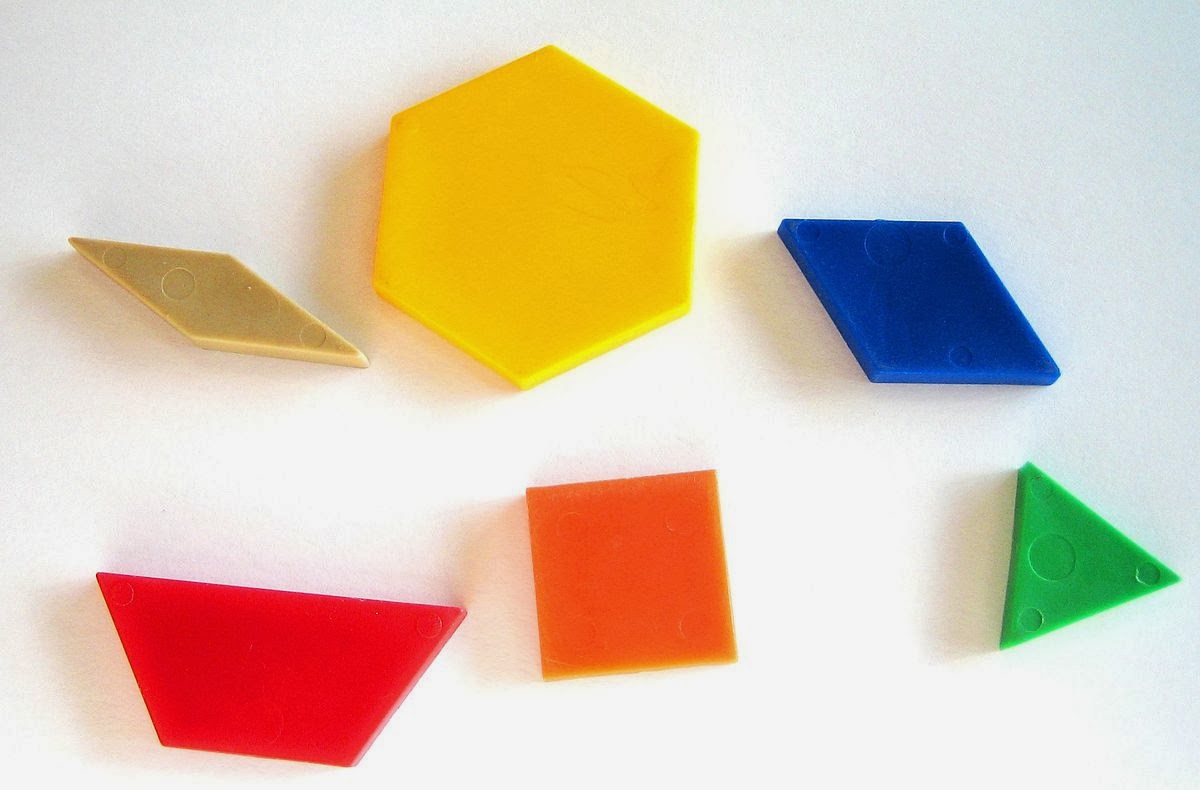 Then we made tessellations (regular patterns that could carry on for ever in all directions) with some of them. 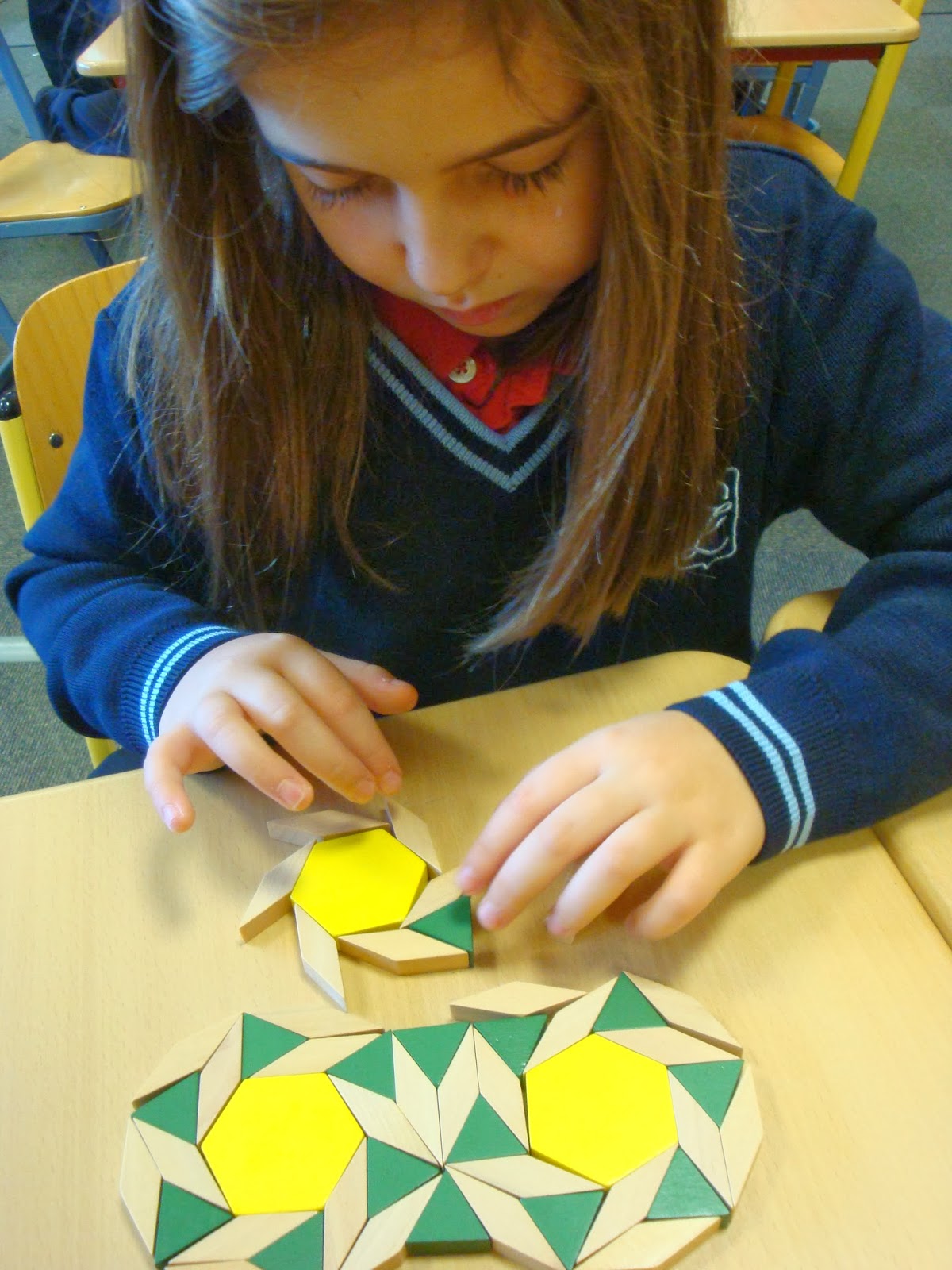 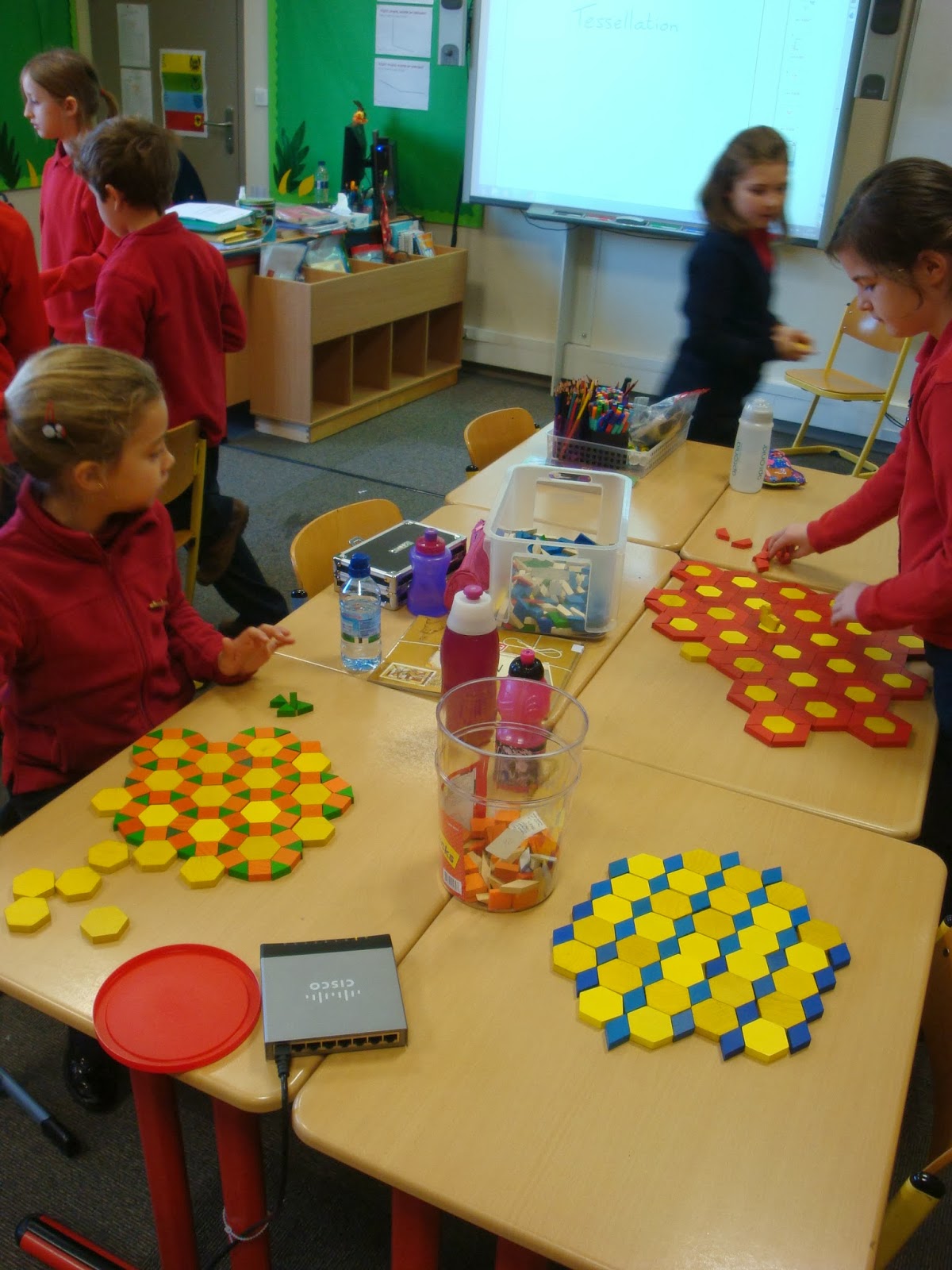 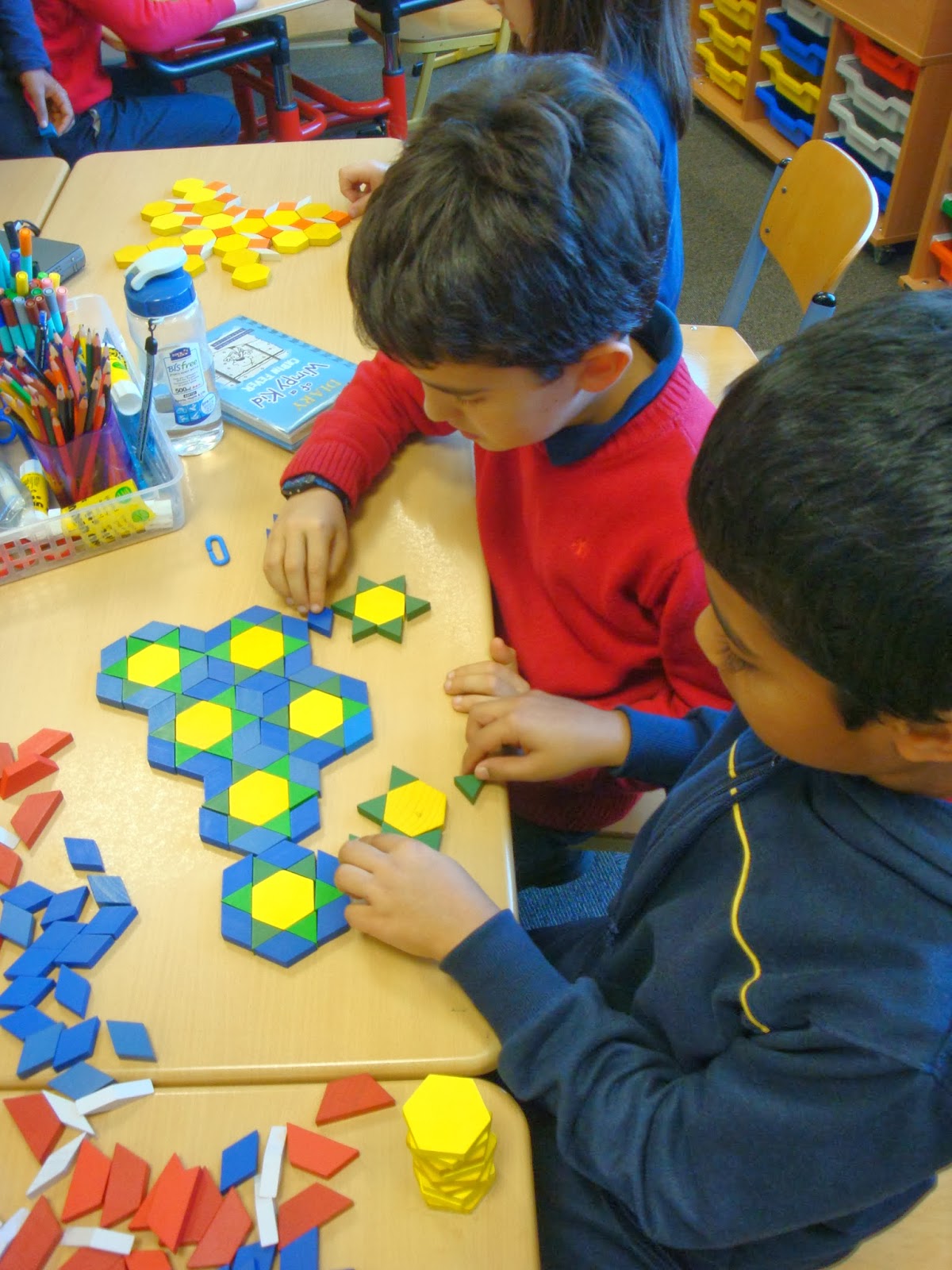 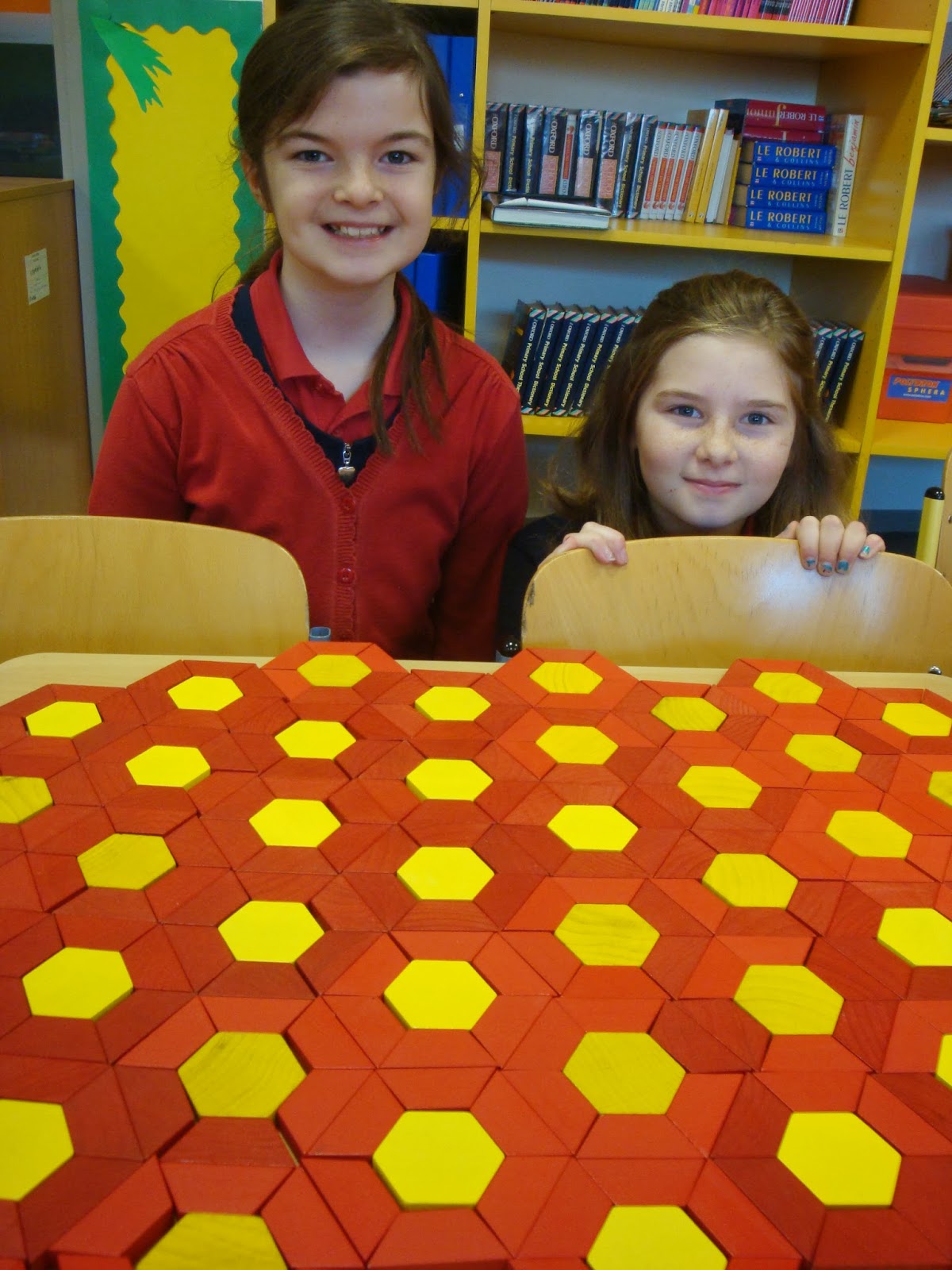 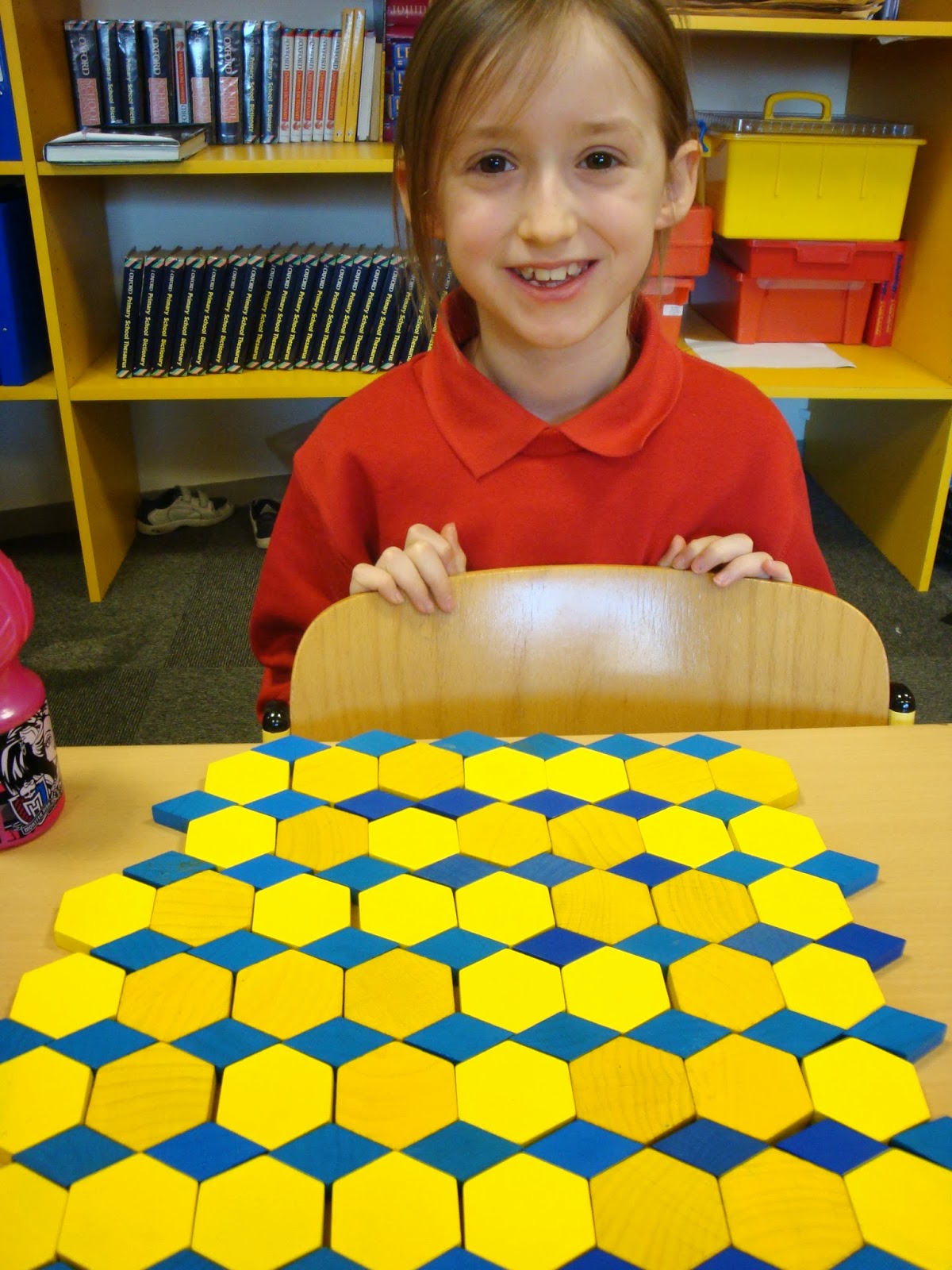 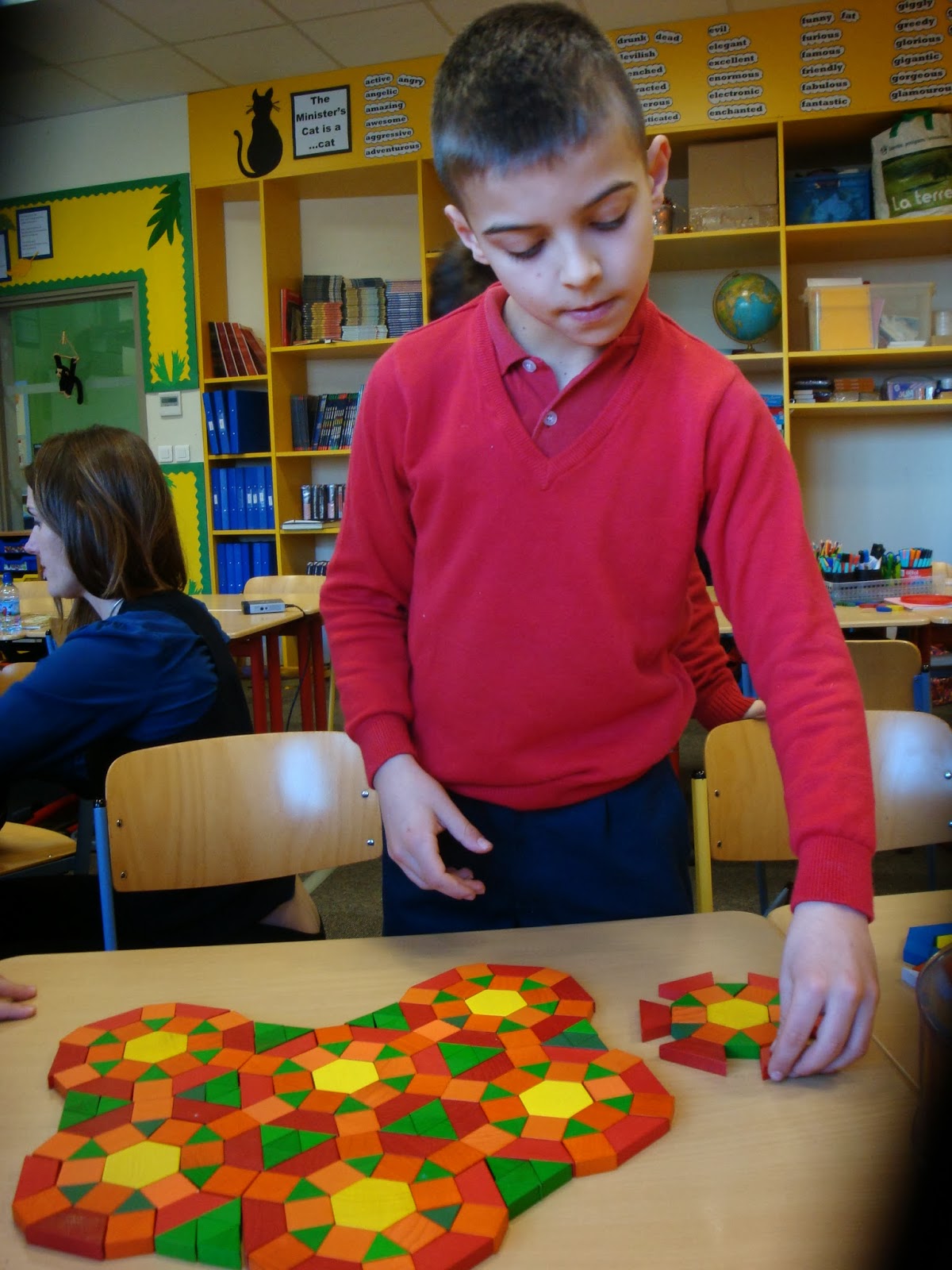 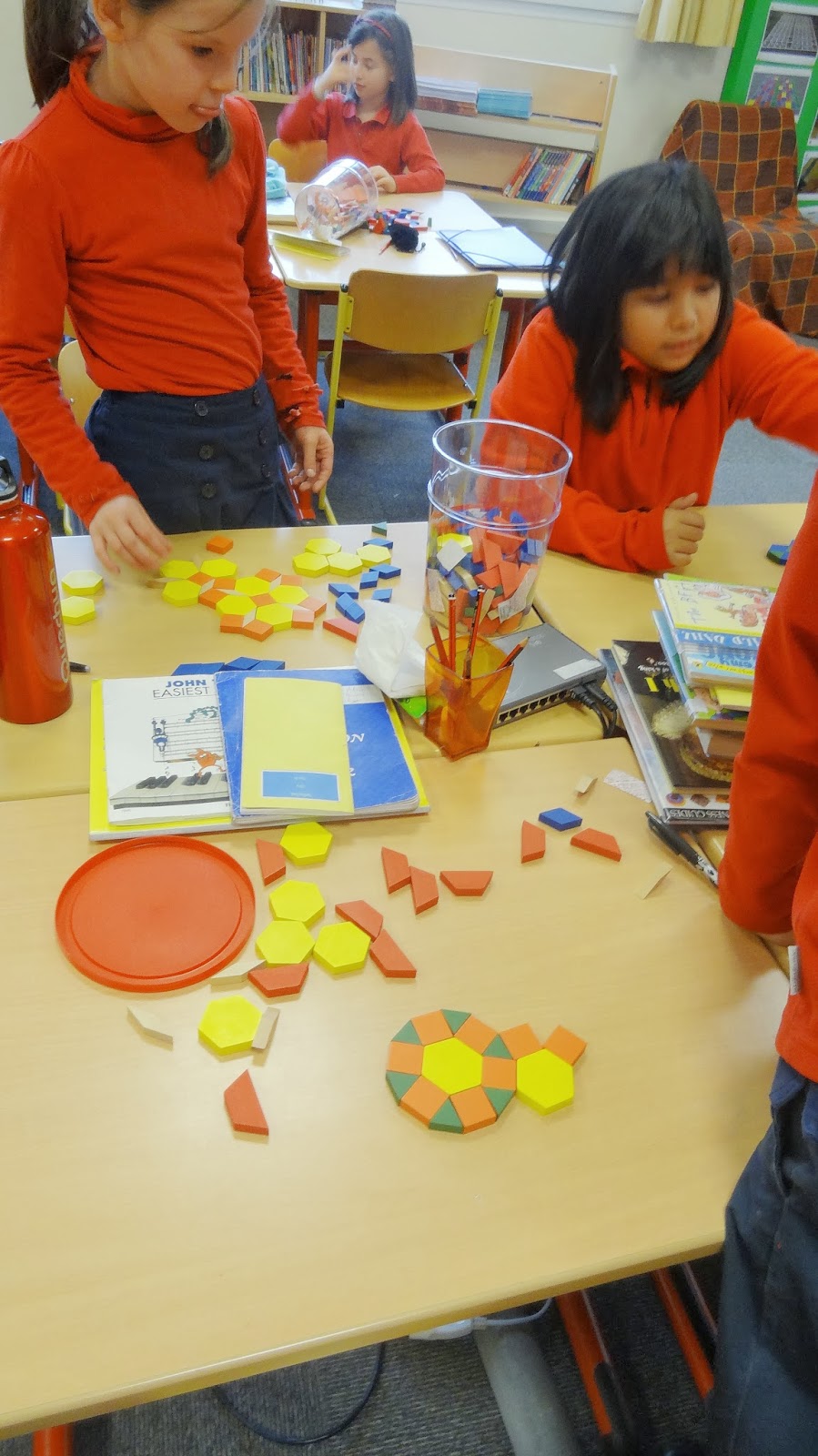 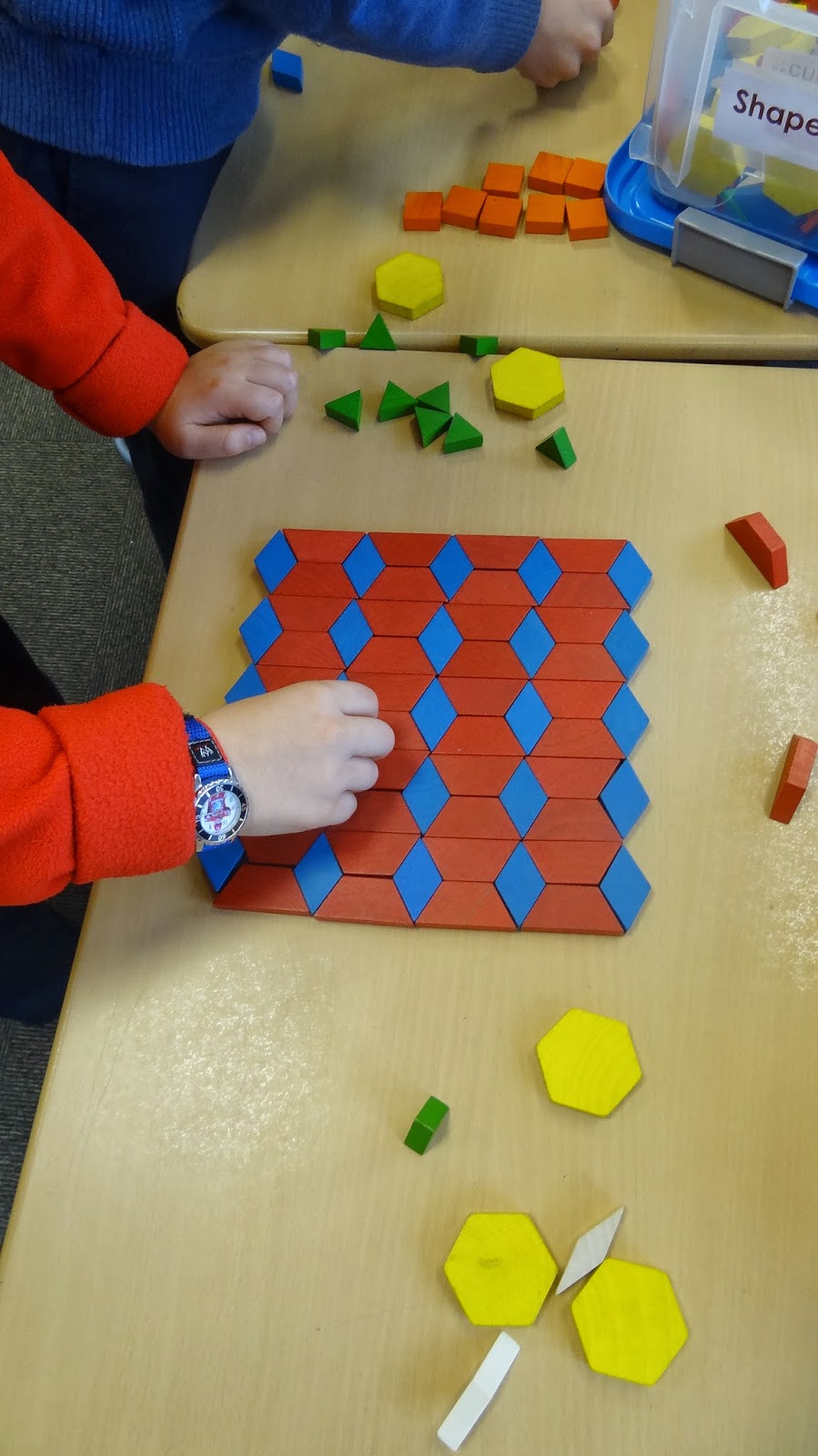 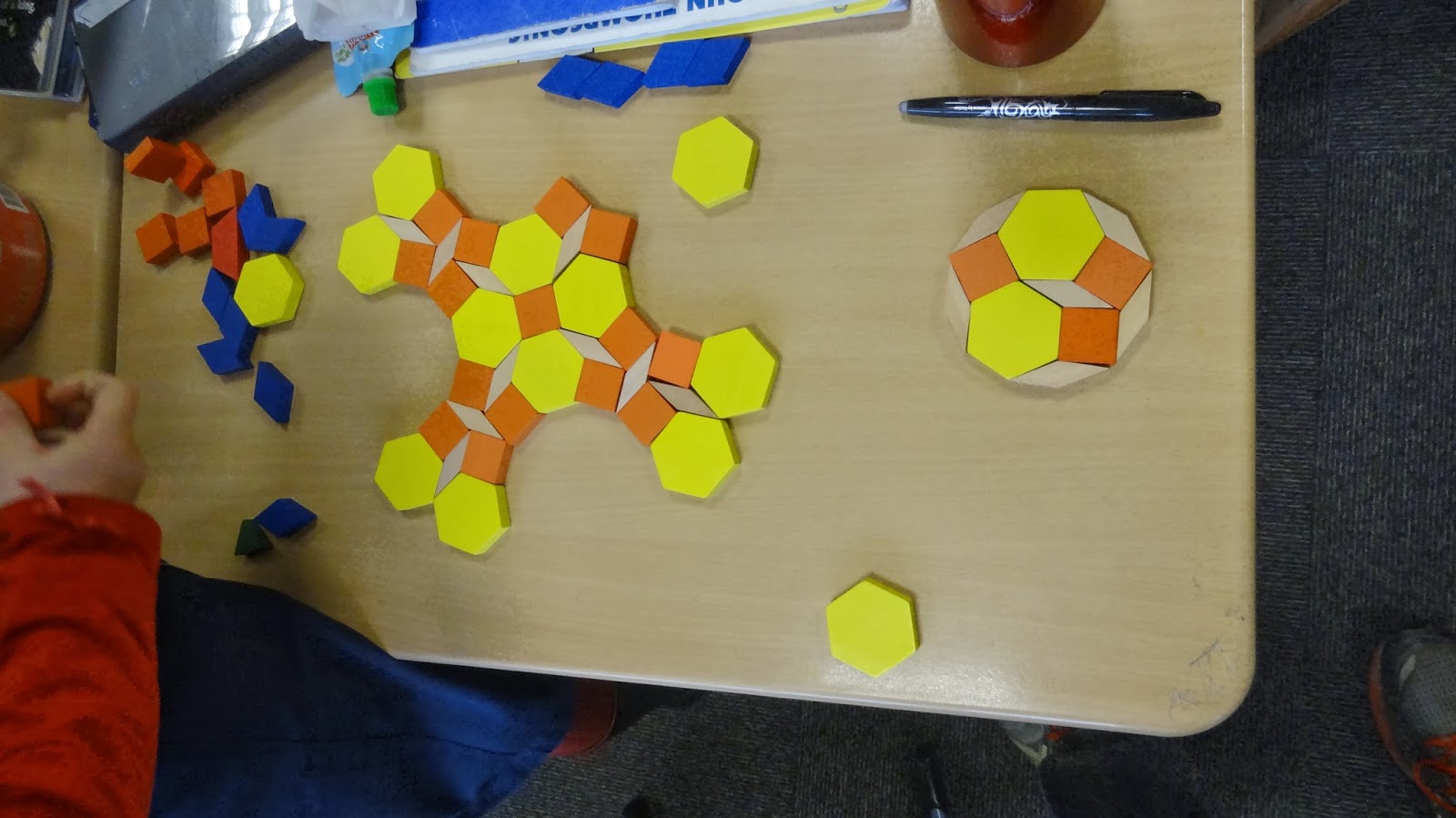 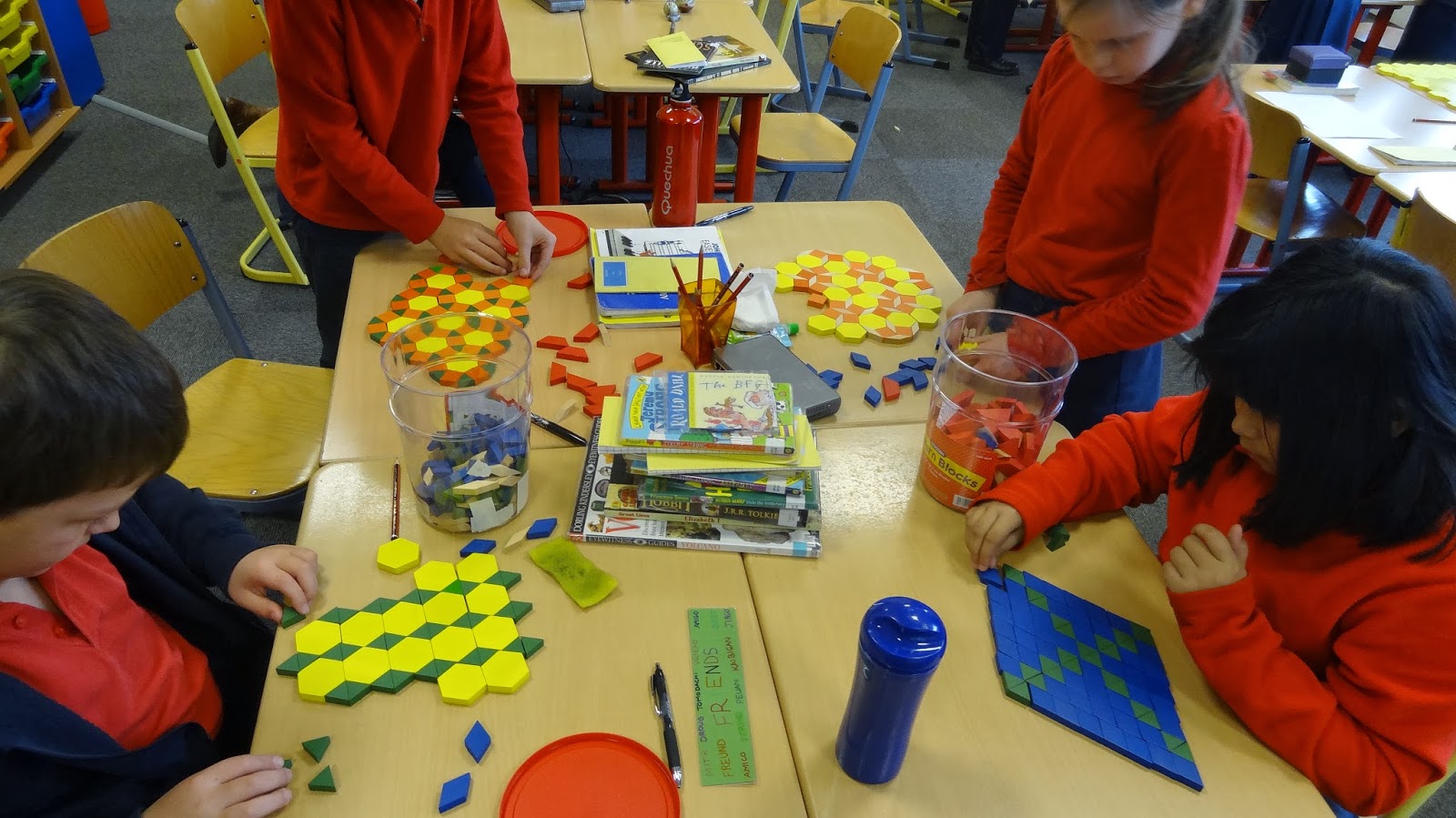 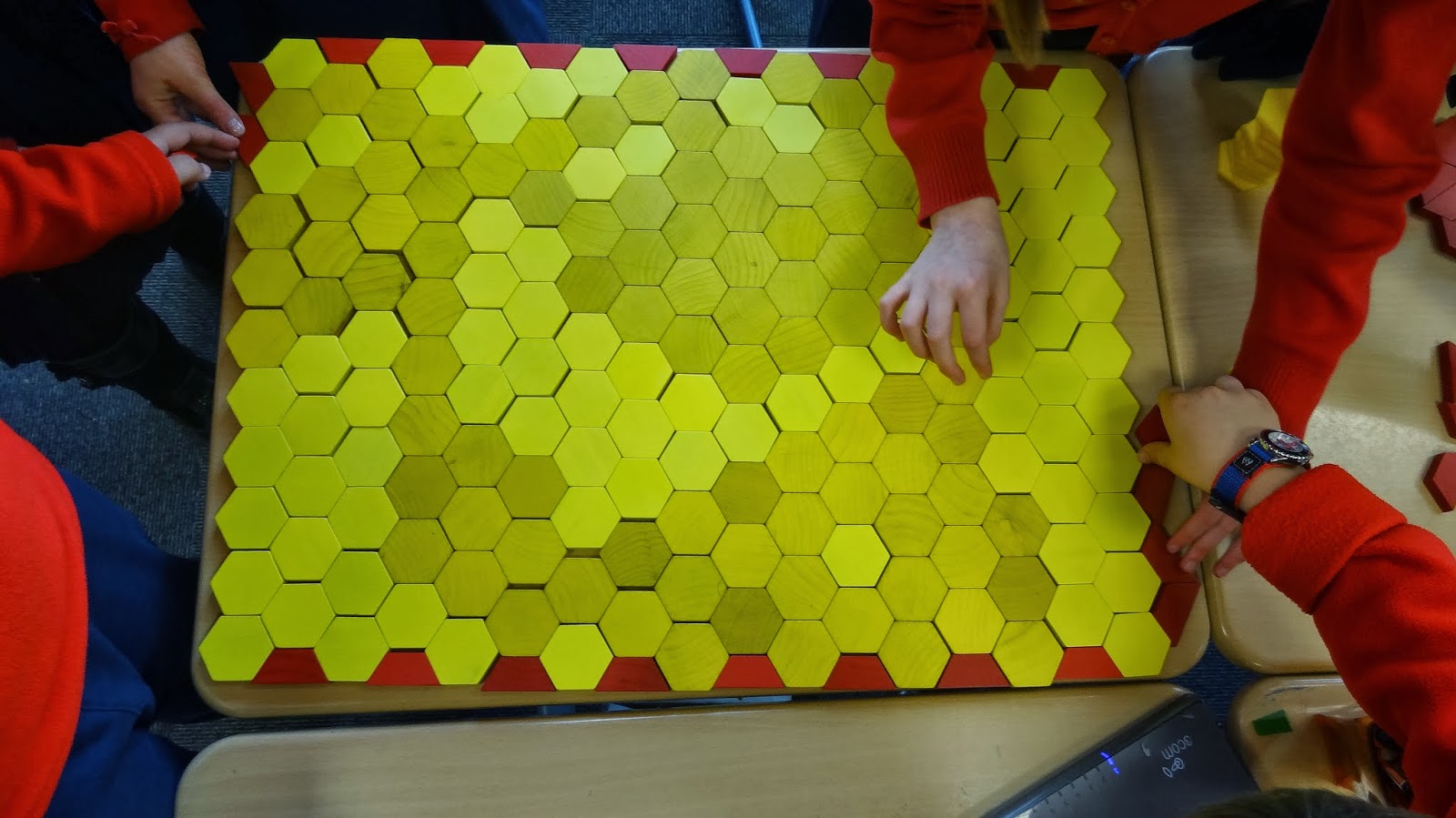 Here are the tessellations we created:

This post is also published on the Year 4 blog.
Posted by Mr Gregg at 22:48 No comments: