Pie charts and percentages with Smarties

This was a nice easy and fun way to explore percentages and pie charts - plus it was edible! It came from an image on Twitter:

What a great way of doing pie charts! No arithmetic involved! Normally there is just a little too much involved in achieving a pie chart. How about we combine that with a circle divided into one hundred - then we simply have to count around that circle for the percentage! The paper was there on printablepaper.net.

So we handed out the boxes of Smarties. 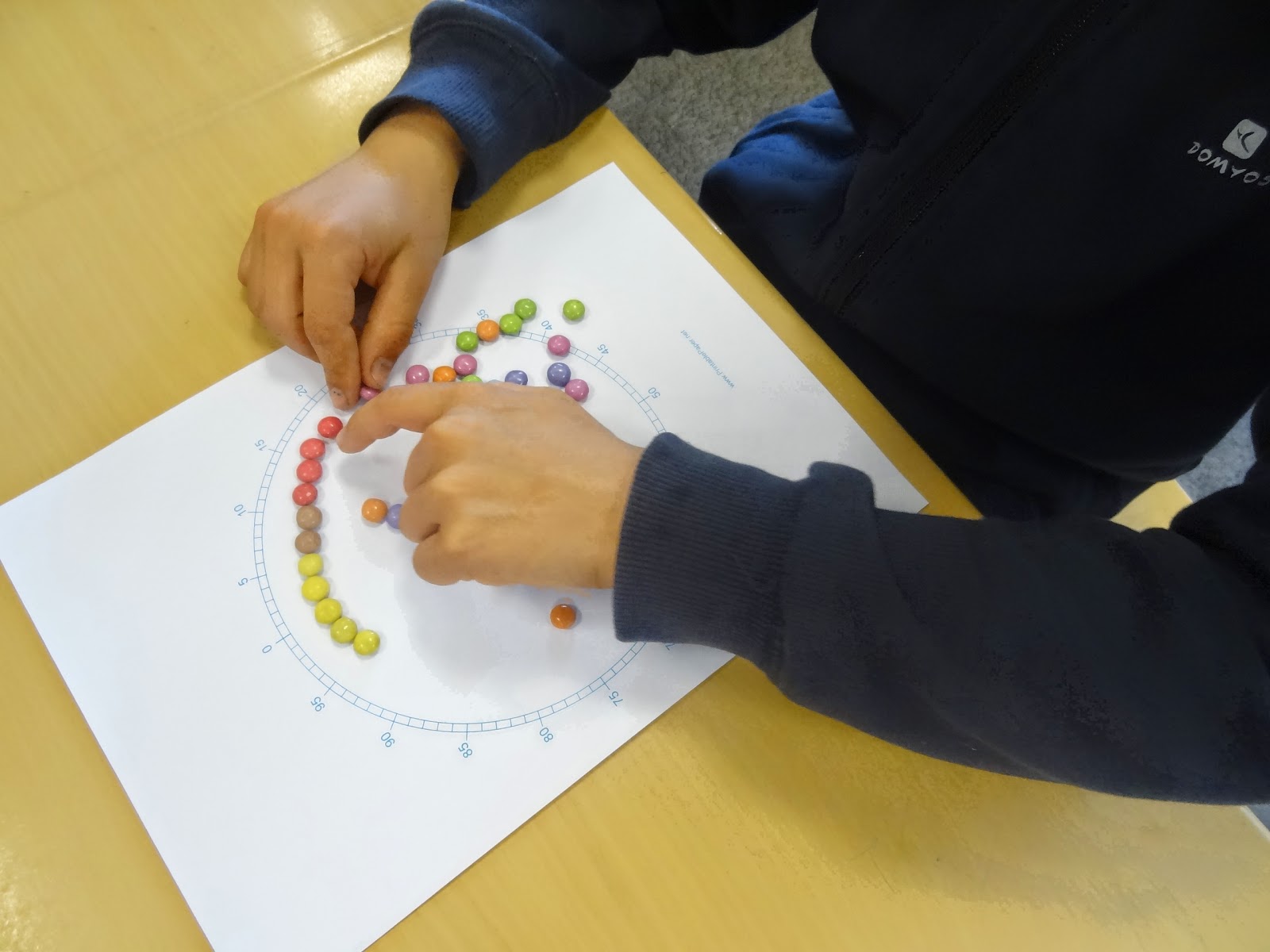 We each had a packet, and sorted them into colours. Then we arranged them in a circle. That was the tricky bit. Sometimes we had to jiggle the circle quite a bit so all the Smarties would fit, and so it was fairly circular. We marked off the different colours on the outside circle divided into a hundred. 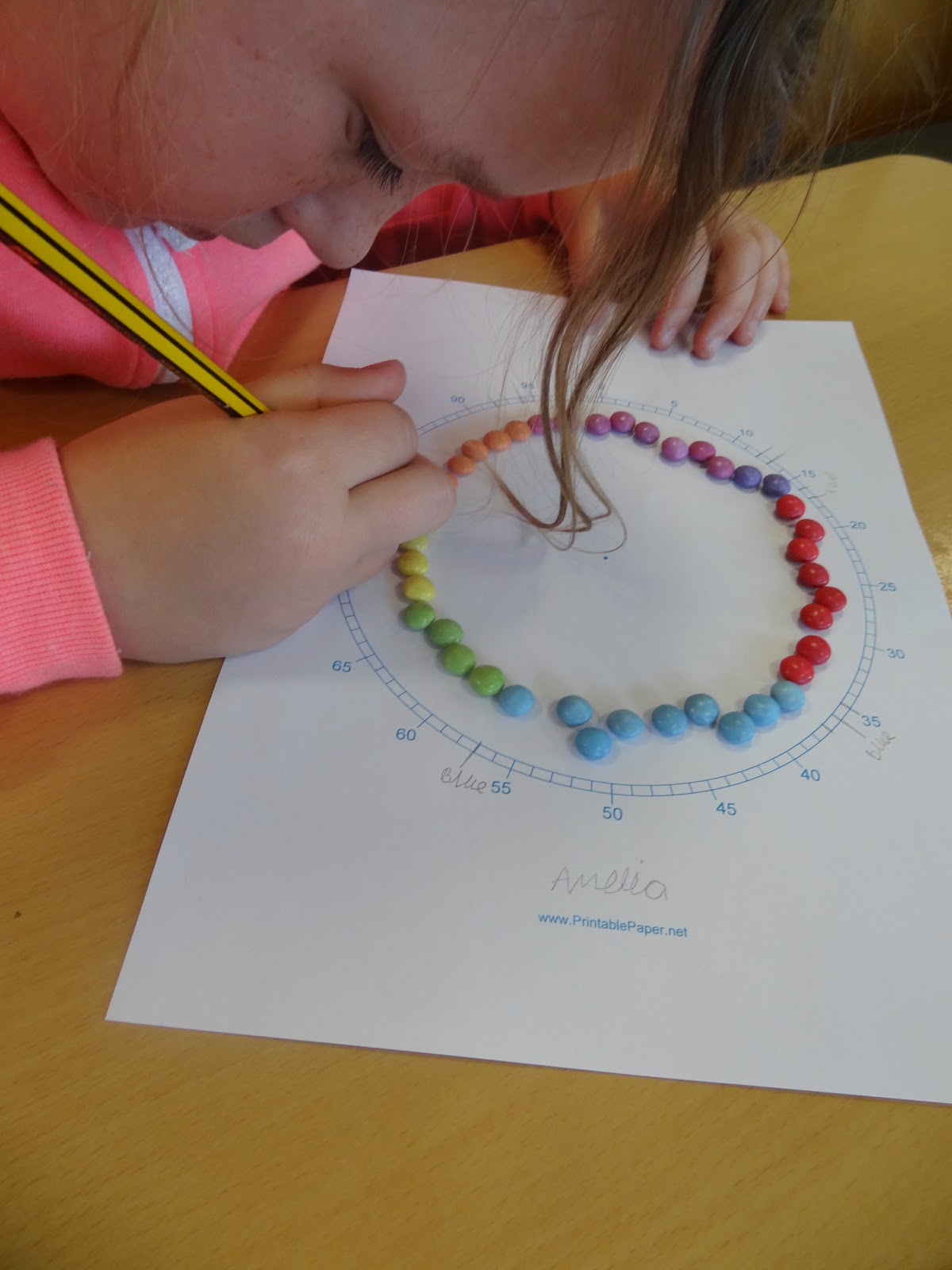 Then we coloured in the circle with the right colour, and added on some pie cuts: 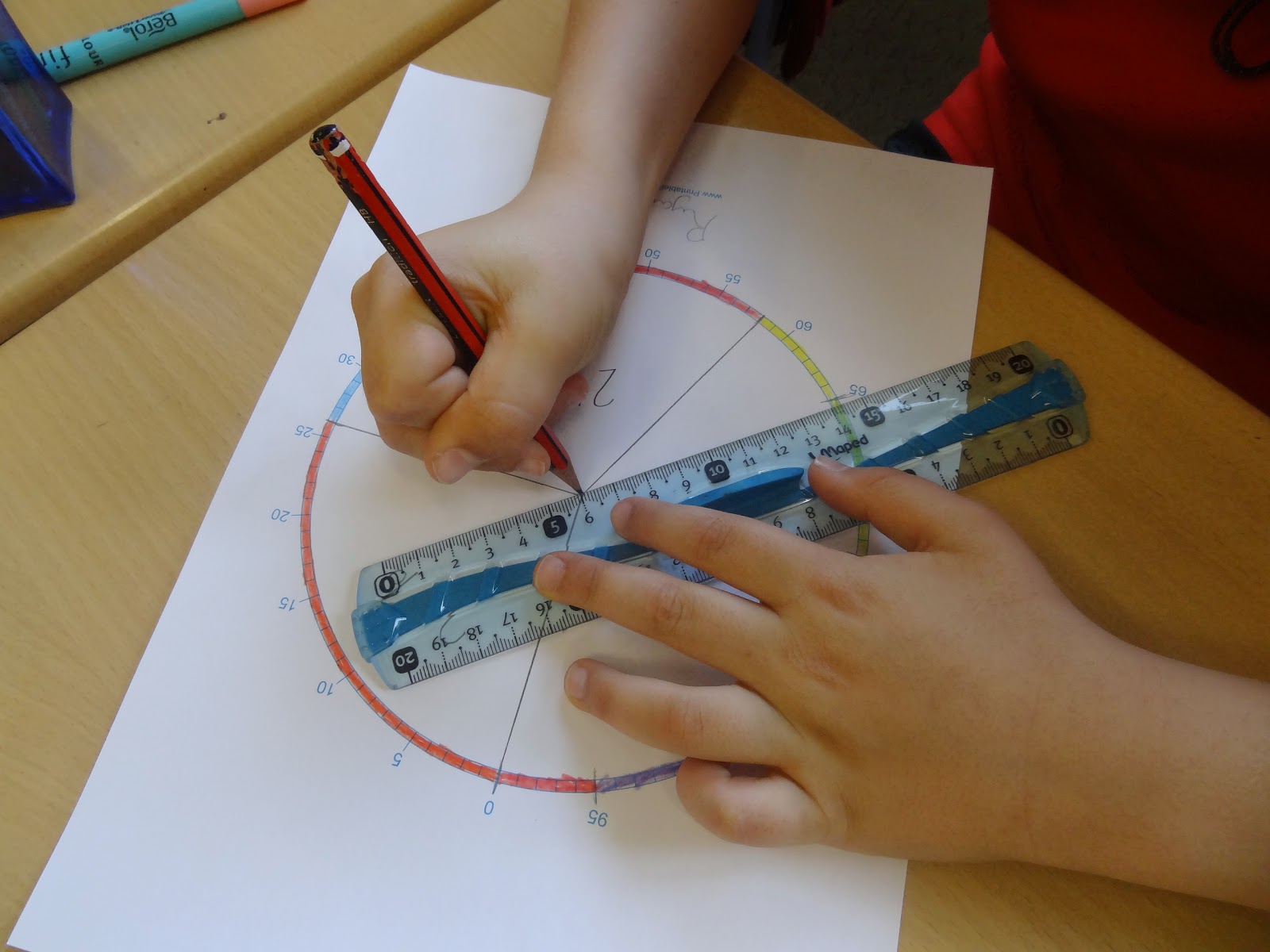 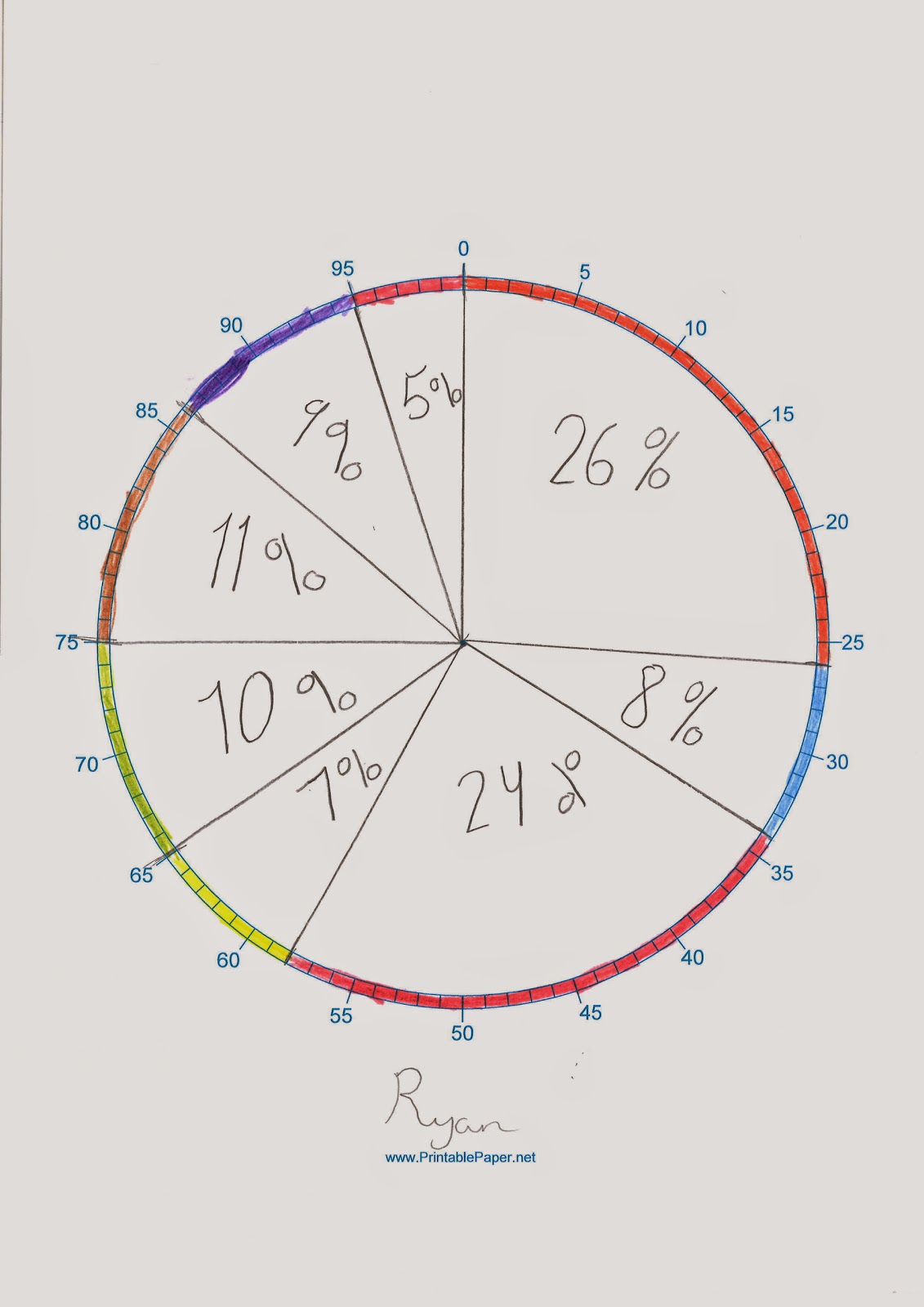 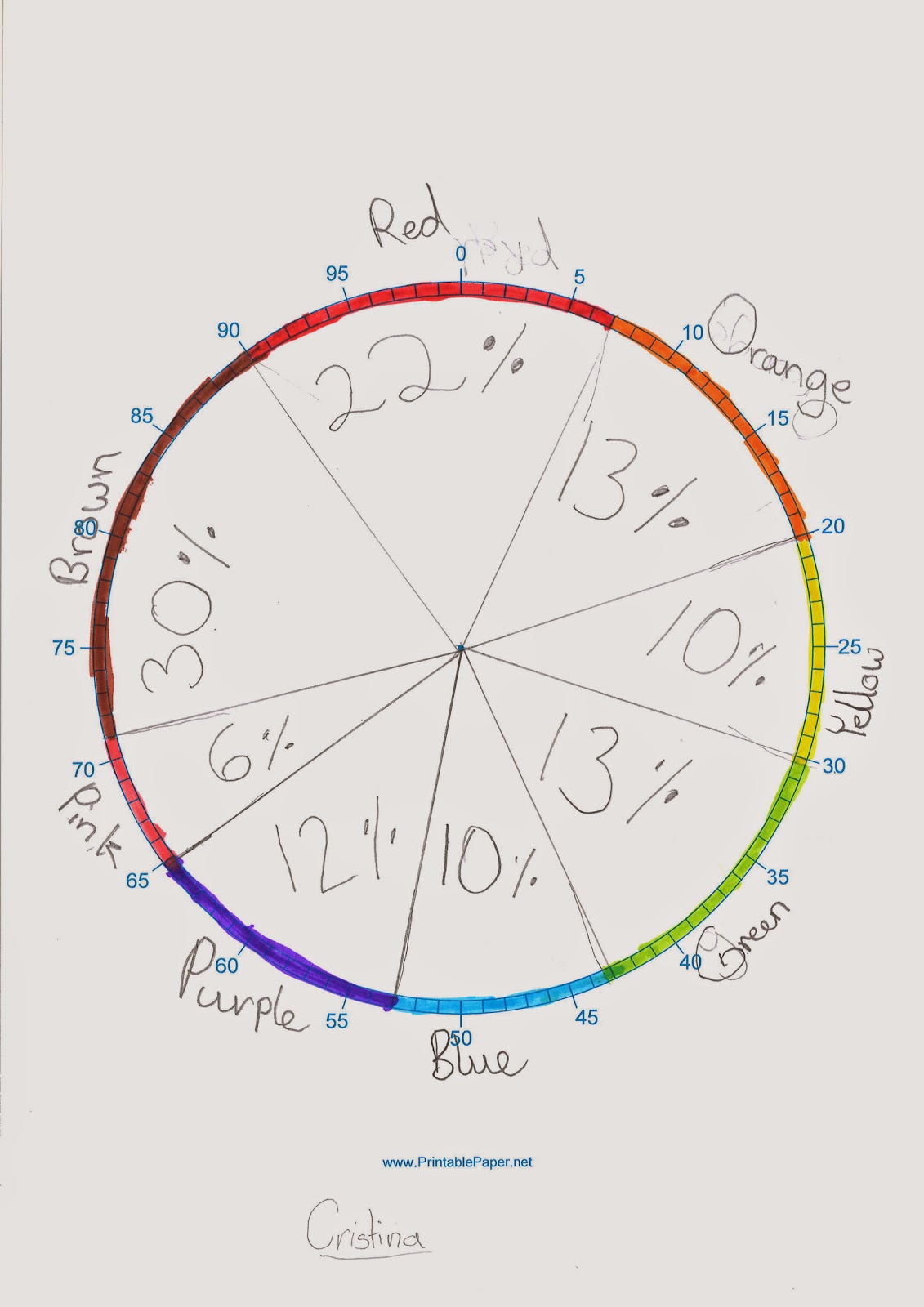