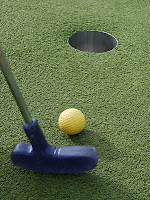 This is a lesson about a minigolf hole, a ball and some bounces off the wall, adapted from a great activity shared by Fawn Nguyen on her blog.

We'd looked before at how to find he quickest route between two points that also touches a line: reflect one of the points first.

Luckily, plenty of children remembered this when we tried out some tricky shots in a game of minigolf.

First we had a go at creating some courses with an obstacle between the ball and the hole. 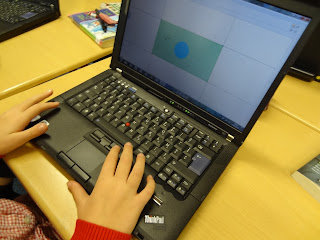 We did this using Geogebra. Within a rectangle we put a ball and a hole, and an obstacle between the two.

Have a look at it in GeoGebra Tube.

Then we looked at how the Reflect Object about Line tool could be used to find the reflected point. From there it was mostly straightforward to work out the correct shot. If you can see the GeoGebra image above, you can have a go yourself. 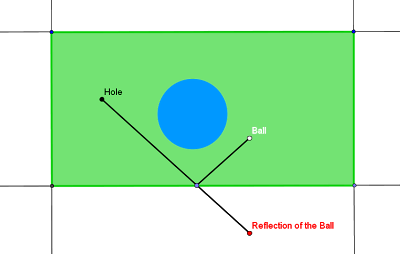 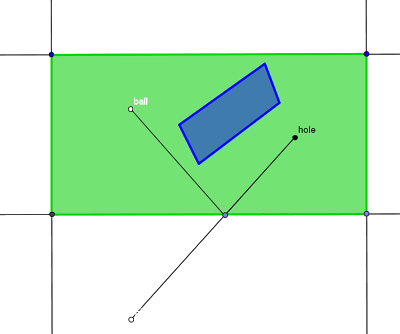 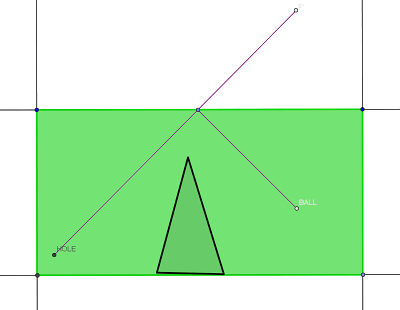 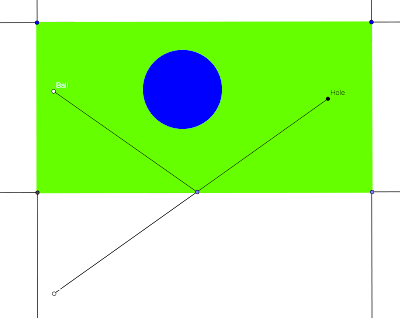 There were one or two cases where people had put the ball in a very tricky place. This meant two bounces were needed: 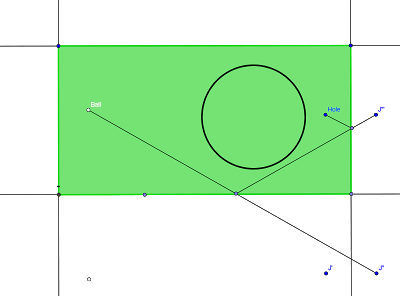 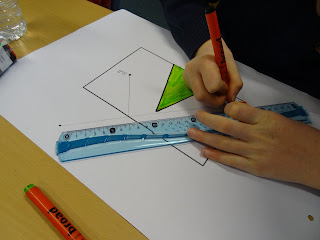 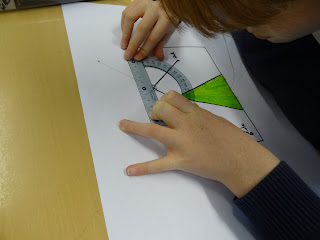 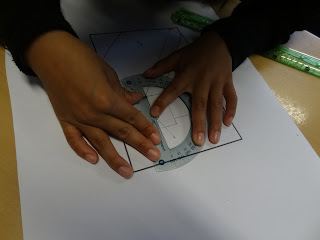 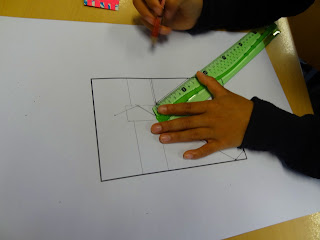 In most cases we found that the two angles were the same!

The idea of a game of minigolf seemed to work well as a practical context for talking about angles and reflections, and also for using geometry tools, online and physical. So much so that some students were all for a visit to the local minigolf "to study angles"!
Posted by Mr Gregg at 12:24