Tak-tiles are something that primary children can handle too (although most of the resources on the Web are secondary-oriented). With them algebra makes immediate sense, and they look good too.

We borrowed these ones from secondary,
but the shapes on the bottom right are a little tricky so we started with something simpler, a sort of puzzle on a special kind of grid: 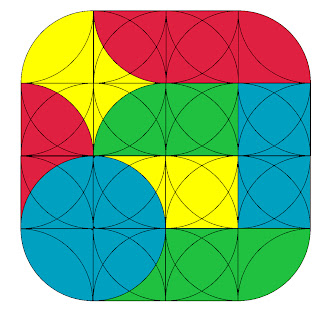 First we named the basic areas (not shapes). No sooner had we named c than Sophie observed that a is made up of b and c. 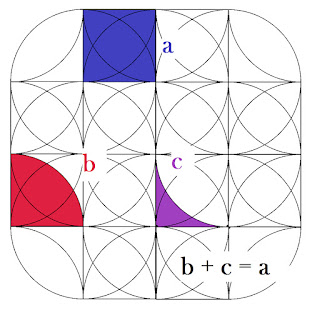 So, armed with this, we were able to describe all the areas in our puzzle with abcs.
The blue rectangle on the right for instance is two of the a-squares, to be written 2a.

Someone noticed that sometimes you could describe an area in more than one way, for instance with the red shape on the left of the puzzle:

it's b + c, but it could be written more simply as just a.

So we got creating, filling the empty grid to make our designs: 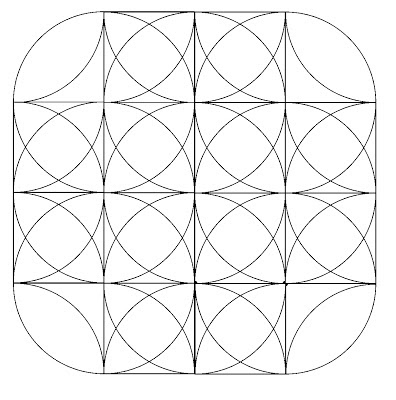 The only rule was that everything had to be made up of abcs. There were to be no other-shaped bits that couldn't be broken up into as or bs or cs.
Here's some of our work: 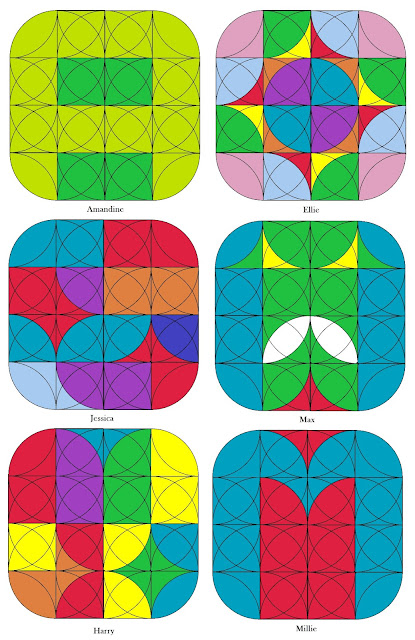 The next thing to do was to start describing shapes in terms of area using abcs.
Millie's M for instance, we worked out to be 6a + 4b. 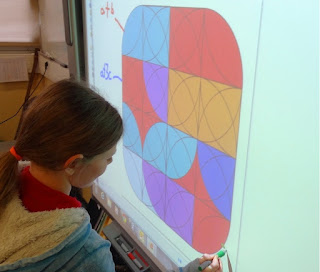 There's lots more. What would be the area of Max's green dragon be?
And then more tricky questions. Someone objected that those white "eye shapes" in Max's design aren't allowed. But when we thought carefully about it we realised we could describe it with the abcs. 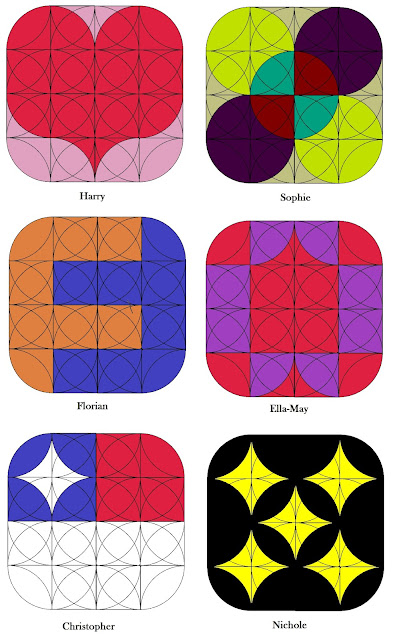 You could easily have a go at creating a design yourself. Just click on the blank grid and download it. Then open it in Paint or whatever colouring-in program you prefer - and go.)